By Swati Verma (Reuters) - Gold rose on Monday as a slide in the dollar made bullion more attractive for holders of other currencies, while some investors took cover as stocks globally slipped into the red ahead of the U.S. Federal Reserve's two-day policy meeting. Palladium climbed to an all-time high of $1,269.50 early in the session on a prolonged deficit in the market and increased speculative interest, with prices trading at a premium to bullion. 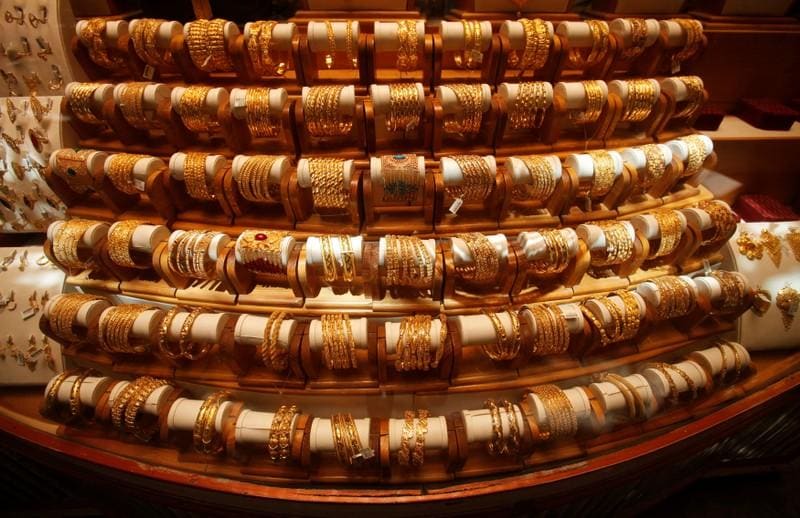 (Reuters) - Gold rose on Monday as a slide in the dollar made bullion more attractive for holders of other currencies, while some investors took cover as stocks globally slipped into the red ahead of the U.S. Federal Reserve's two-day policy meeting.

Palladium climbed to an all-time high of $1,269.50 early in the session on a prolonged deficit in the market and increased speculative interest, with prices trading at a premium to bullion.

The dollar <.DXY> slipped ahead of the Fed's policy meeting, which ends on Wednesday. Investor focus will be on the central bank's policy outlook for 2019 and future interest rate hikes. [USD/]

"One of the drivers that is pushing gold higher right now is the flight to safety (due to lower equities), along with the dollar being sold-off a bit," said Michael Matousek, head trader at U.S. Global Investors.

"Some traders are also positioning themselves so that if the Fed does not raise rates, gold might spike."

Weak stock markets and slowing global growth have raised speculation that the Fed will need to pause its tightening cycle or risk harming the U.S. economy.

Speculators switched to a net long position in gold of 10,252 contracts, adding 11,791 contracts in the week to Dec. 11, data showed on Friday.

This was the first time gold speculators have held a net long position since July, and the strongest since June. [CFTC/]

"With increased volatility and geopolitical risk, macro asset allocation is becoming more gold-positive again, while we believe much of the dollar's upward move is now behind us with rate hike expectations dropping," analysts at BMO Capital Markets said in a note.

"This should support gold pricing and gold equity valuations into the middle of 2019, in our view."

"We believe the tightness is partly due to the market's small size, its lack of transparency and insufficient liquidity. Together with the bullishness of the technical traders, this provides the potential for even higher prices," Julius Baer analysts wrote.

"Yet we do not believe these price levels would be sustainable in the medium to longer term."

(Reporting by Swati Verma and Sumita Layek in Bengaluru; Editing by Steve Orlofsky and Dan Grebler)