By Eileen Soreng (Reuters) - Gold rebounded above the $1,800 psychological level on Friday, helped by a retreat in the dollar and data showing slower-than-expected growth in U.S. employment underpinning the need for additional financial support 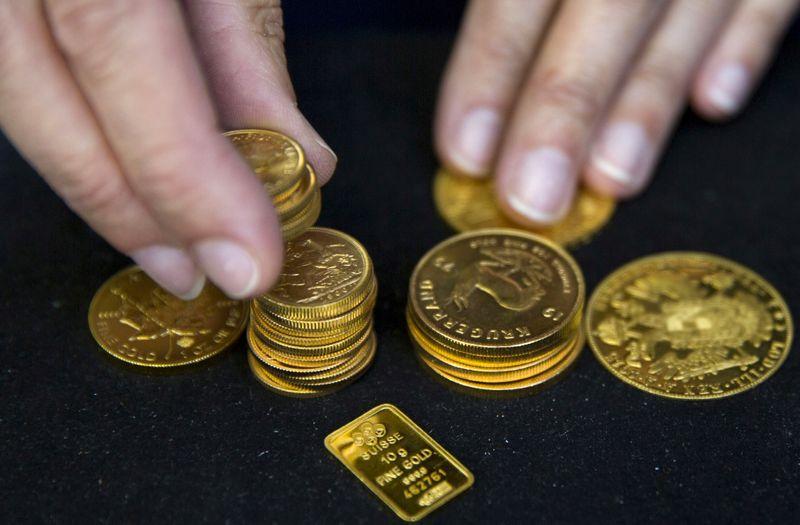 (Reuters) - Gold rebounded above the $1,800 psychological level on Friday, helped by a retreat in the dollar and data showing slower-than-expected growth in U.S. employment underpinning the need for additional financial support.

"Gold continues to primarily take its lead from the dollar and we expect this to remain the case in the coming sessions," said Suki Cooper, analyst at Standard Chartered.

"Beyond the near term, we believe the outlook remains constructive for gold given the fiscal stimulus is likely to result in large U.S. twin deficits."

Making gold cheaper for holders of other currencies, the dollar retreated 0.4%.

U.S. employment growth rebounded moderately in January and job losses in the prior month were deeper than initially thought.

The U.S. House of Representatives will take up final approval on Friday of a budget measure that would let Democrats push the $1.9 trillion COVID-19

Gold is considered a hedge against inflation and currency debasement likely spurred by widespread stimulus.

For the week, however, gold is down 2%, its biggest decline since the week ended Jan. 8, in part due to higher U.S. Treasury yields, because they increase the opportunity cost of holding non-yielding bullion.

As investors shift their focus toward the U.S. economic outlook and eye riskier assets, gold may weaken in the short term, said Lukman Otunuga, senior research analyst at FXTM.

(Reporting by Eileen Soreng and Shreyansi Singh in Bengaluru; Editing by Richard Chang)