By Brijesh Patel (Reuters) - Gold prices dropped to one-month lows on Thursday, hurt by a stronger dollar and lack of clarity on a U.S. stimulus agreement, while concerns over a spike in COVID-19 cases and uncertainty ahead of U.S. 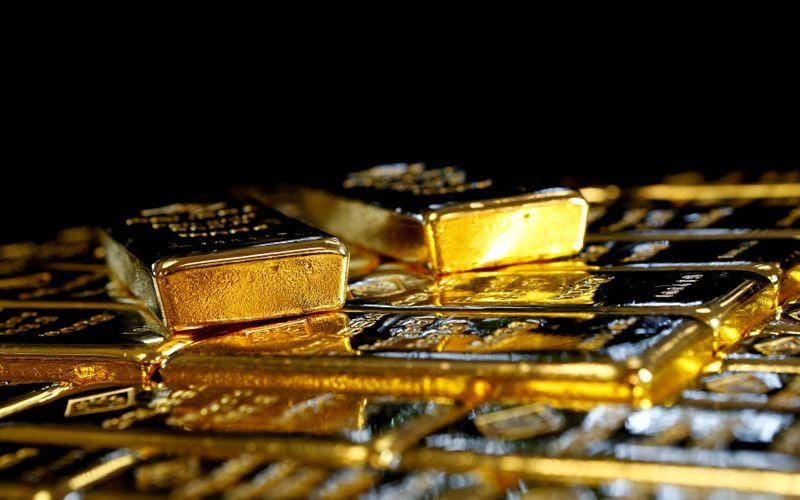 (Reuters) - Gold prices dropped to one-month lows on Thursday, hurt by a stronger dollar and lack of clarity on a U.S. stimulus agreement, while concerns over a spike in COVID-19

cases and uncertainty ahead of U.S. elections limited losses.

"The downturn we are seeing in gold prices is because there is a short-term concern about timing of the stimulus getting approved," said Jeffrey Sica, founder of Circle Squared Alternative Investments, adding "a strengthening U.S. dollar is impacting gold."

relief legislation would have to wait for now.

Denting gold's appeal, the dollar index rose 0.7% to a near two-week high against its rivals, making gold more expensive for holders of other currencies.

"Gold is now at levels where people could accumulate considering the chaos around the election, concerns about economic recovery and the coronavirus

situation. The trend for gold is still bullish," Sica said.

Gold, often used as a safe store of value during times of political and financial uncertainty, has risen 24% this year amid unprecedented global levels of stimulus during the pandemic.

infection rates in Europe forced France and Germany to order their countries back into lockdown.

Meanwhile, data showed the U.S. economy grew at an unrivalled pace in the third quarter and weekly unemployment claims fell more than expected in the latest week.

Ahead of the Nov. 3 election, Democratic challenger Joe Biden leads Trump nationally, but the competition is tighter in swing states.

Elsewhere, silver dipped 0.5% to $23.28 per ounce after earlier slipping to a near one-month low.

(Reporting by Brijesh Patel in Bengaluru; Editing by David Holmes and Nick Macfie)