By Asha Sistla (Reuters) - Gold retreated 1% to near $1,900 an ounce on Thursday on better-than-expected U.S. jobs data, with appeal of the metal further weighed down by a stronger dollar and doubts over a U.S. 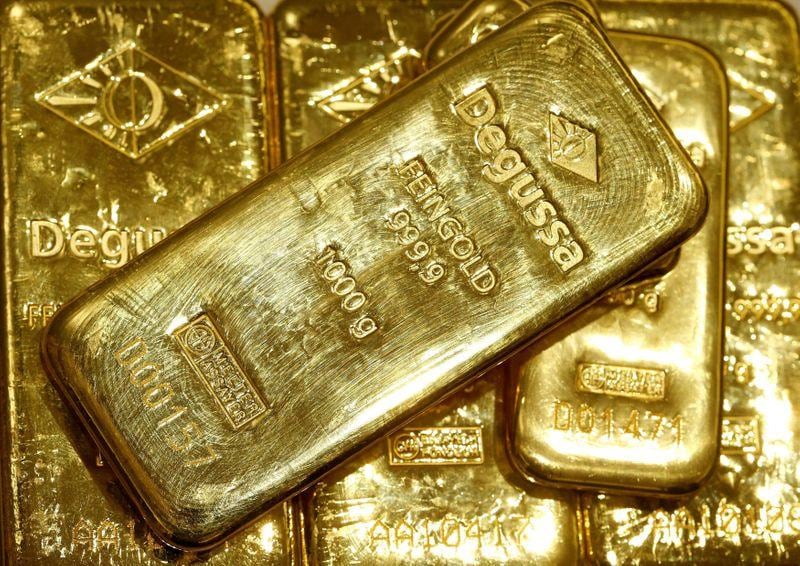 (Reuters) - Gold retreated 1% to near $1,900 an ounce on Thursday on better-than-expected U.S. jobs data, with appeal of the metal further weighed down by a stronger dollar and doubts over a U.S. stimulus package before the presidential elections.

"The jobless claims number, which is much better than expected," was pressuring gold, said Edward Moya, senior market analyst at OANDA, adding that "an improving number kind of takes away some of the urgency for getting a stimulus deal done now."

Data showed initial claims for state unemployment benefits in the U.S. dropped 55,000 to a seasonally adjusted 787,000 last week, although the overall number was still relatively high.

A Reuters survey had forecast 860,000 claims in the latest week.

The dollar, meanwhile, bounced back from a seven-week low versus major rivals, making gold more expensive for those holding other currencies, after President Donald Trump accused Democrats of being unwilling to reach a deal on a new coronavirus relief bill.

Widely viewed as a hedge against inflation and currency debasement, gold was still up 25% this year as central banks and governments globally unleash unprecedented stimulus measures to cushion the economic blow from a worsening coronavirus pandemic.

Focus now shifts to the final U.S. presidential debate between Trump and Democratic rival Joe Biden on Thursday night ahead of the Nov. 3 election.

Prices are likely to trade sideways "until we know who the next president is," but could break above the $1,950 level post the elections, said Robin Bhar, an independent analyst.

Wall Street bank Goldman Sachs, meanwhile, forecast gold at $2,300 an ounce over a 12-month horizon and said commodities were likely headed for a bull market next year.

(Reporting by Asha Sistla and Arpan Varghese in Bengaluru; Editing by Nick Zieminski and David Gregorio)