By Brijesh Patel (Reuters) - Gold steadied as the dollar eased on Friday but was still set for its first weekly loss in three as doubts grew over a U.S. stimulus agreement before next month's presidential election. 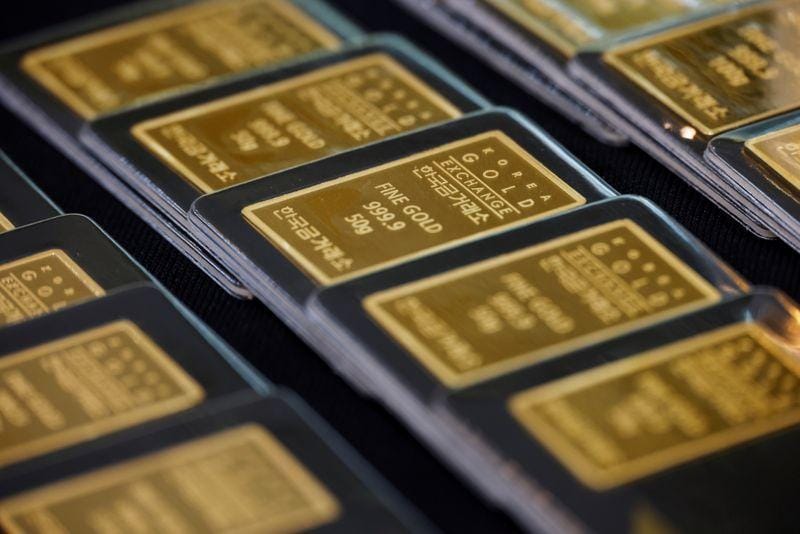 (Reuters) - Gold steadied as the dollar eased on Friday but was still set for its first weekly loss in three as doubts grew over a U.S. stimulus agreement before next month's presidential election.

"The lack of any physical stimulus now until post the U.S. election perhaps saw some liquidation of gold this week," said Robin Bhar, an independent analyst.

The dollar index was 0.2% lower on the day but still set for a weekly gain, making it more expensive for holders of other currencies to buy gold.

U.S. President Donald Trump said on Thursday he was willing to raise his offer of $1.8 trillion for a relief deal with Democrats in Congress, but the idea was shot down by Senate Majority Leader Mitch McConnell.

"The indecisiveness of the administration in Washington on the stimulus is putting a lot of volatility into our markets," said Afshin Nabavi, senior vice president at precious metals trader MKS SA.

Meanwhile, British Prime Minister Boris Johnson said on Friday it was time to prepare for a no-trade deal Brexit in 10 weeks as the European Union had refused to negotiate seriously.

(Reporting by Brijesh Patel in Bengaluru; Editing by Louise Heavens and Elaine Hardcastle)