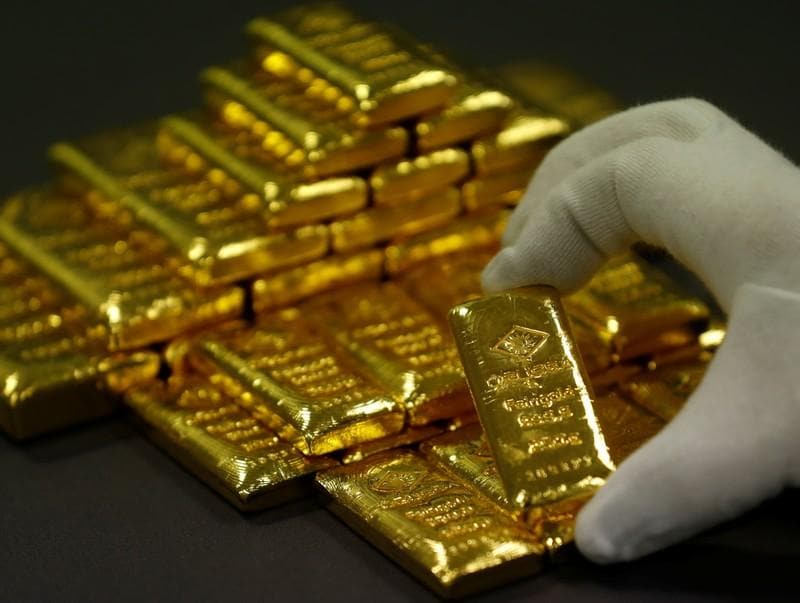 "Gold is competing with higher rates by the Fed, and the minutes show that policy is going to continue for the time being," Haberkorn said.

The Fed hiked rates for the third time this year, and the display of unanimity at the meeting could bolster expectations the committee will raise rates again in December.

The U.S. dollar index rose to its highest level in a week, while a gauge of stocks across the world dipped. [USD/] [MKTS/GLOB]

"The selling is contained due to the many other factors supporting gold which investors see in the headlines about U.S. politics, 20 days away for midterm elections, (the) Saudi problem and Brexit," said George Gero, managing director at RBC Wealth Management.

Gold is often seen as an alternative investment during times of political and financial uncertainty.

Gold was also getting a leg from nervous shorts, who are trying to pull out, Saxo Bank analyst Ole Hansen said.

"The market was surprised by the extended short positions and the spike indicated a lot of traders were wrong-footed. It also indicates that the dips are being used to cover the short positions."

Bullion is testing resistance at the 100-day moving average of about $1,226, and a convincing break above that is seen as a bullish sign for investors who follow technical signals.

Meanwhile, some central banks have taken their holdings of gold to record levels in recent months in an effort to maintain the value of their currencies against a rising greenback.