By Eileen Soreng (Reuters) - Gold eased slightly on Wednesday, as a recovery in stocks driven by hopes of further stimulus measures from China provided respite to investors concerned about a slowdown in the global economy. Spot gold fell 0.1 percent to $1,284.06 an ounce by 1132 EST (1632 GMT) 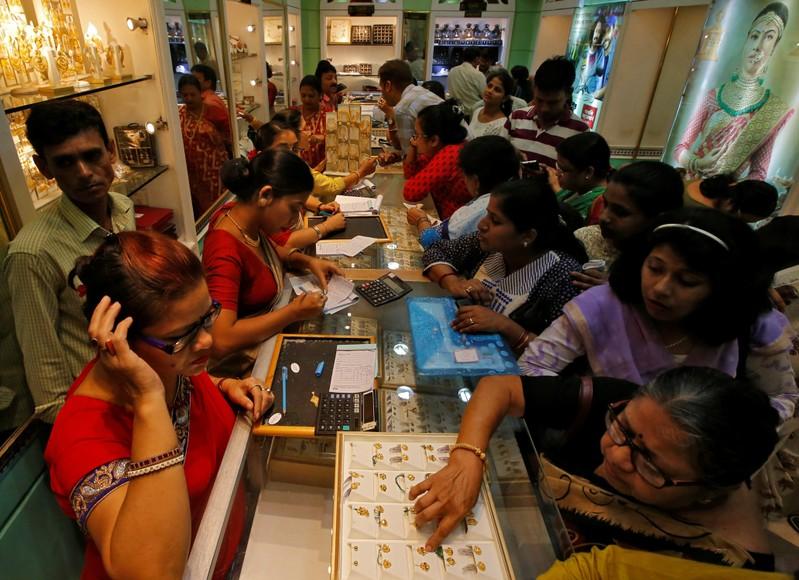 (Reuters) - Gold eased slightly on Wednesday, as a recovery in stocks driven by hopes of further stimulus measures from China provided respite to investors concerned about a slowdown in the global economy.

Also aiding risk sentiment, White House economic adviser Larry Kudlow dismissed a report that suggested a falling out between the United States and China over trade.

However, "this is a temporary pullback (for gold)," Pehowich said, adding that Washington's demand for Meng Wanzhou, chief financial officer at Chinese information technology firm Huawei, to be extradited to the United States served as a strong impediment to trade talks, which if they collapse, could weigh on equities.

Reflecting investor appetite for gold, holdings of SPDR Gold, the largest gold-based ETF, was at its highest since June 2018.

"We have seen demand for exchange-traded funds (ETFs) continue to pick up despite the strong recovery in stocks this month. This indicates the market does not believe we are out of the woods just yet and that growth worries remain," said Saxo Bank analyst Ole Hansen.

Renewed fears about a slowdown, exacerbated by economic data from the United States and Japan and the International Monetary Fund's latest downgrade to global growth projections, had sapped appetite for risky assets.

However, gold now competes with the dollar in a bid to become investors' primary choice as a safe investment, analysts said.

"Notwithstanding the myriad of risks in the world economy… gold isn't quite winning favour as a risk hedge as it normally does probably because the dollar is doing a lot of heavy lifting in that regard," said Mitsubishi analyst Jonathan Butler.

Currency traders' attention now shifts to the European Central Bank, which meets on Thursday where market watchers expect it to acknowledge growing threats to the euro zone economy.

The outlook for gold will also be dependent on the U.S. Federal Reserve. A number of Fed policymakers recently have said the central bank can be 'patient' in deciding on rate hikes this year.

Gold tends to gain on expectations of lower interest rates, which reduce the opportunity cost of holding non-yielding bullion.

(Reporting by Eileen Soreng and Arijit Bose in Bengaluru; Editing by Andrea Ricci)