By Eileen Soreng (Reuters) - Gold prices on Wednesday retreated from a one-week high hit earlier in the session as other assets rose, but was kept above the key $1,800 level by simmering U.S.-China tensions and mounting coronavirus cases. Spot gold dipped 0.1% to $1,805.97 per ounce by 1215 GMT, having hit its highest since July 9 at $1,814.40 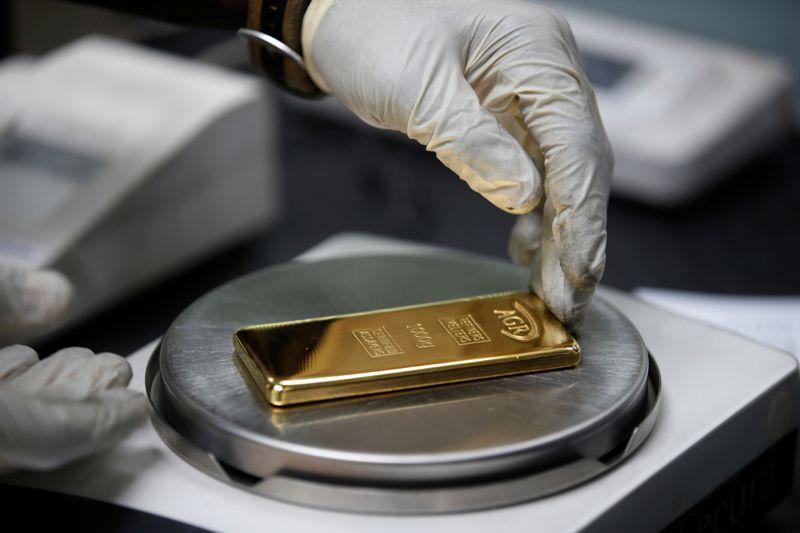 (Reuters) - Gold prices on Wednesday retreated from a one-week high hit earlier in the session as other assets rose, but was kept above the key $1,800 level by simmering U.S.-China tensions and mounting coronavirus cases.

"Hopes of a vaccine are giving all markets a lift and gold is suffering a little bit on the back of that," said Michael Hewson, chief market analyst at CMC Markets UK.

But gold will be bought on dips with rising infection rates, fears of a second wave of coronavirus and U.S.-China tensions driving prices higher, Hewson added.

Friction between the United States and China limited gold's decline.

Also supporting gold prices, the dollar fell 0.4% versus a basket of currencies.

"Should $1,800 prove to be unreliable support, the precious metal may experience a technical correction back towards the $1,765-$1,780 region before bulls gather fresh momentum."

Reflecting appeal for gold, holdings of the SPDR Gold Trust exchange-traded fund were near their highest since April 2013.

(Reporting by Eileen Soreng in Bengaluru; Editing by Mark Potter and Elaine Hardcastle)