By Karthika Suresh Namboothiri (Reuters) - Gold prices dipped on Wednesday on signals the U.S. Federal Reserve would not make too steep a cut to interest rates next month, but still held ground above the key psychological $1,400 level 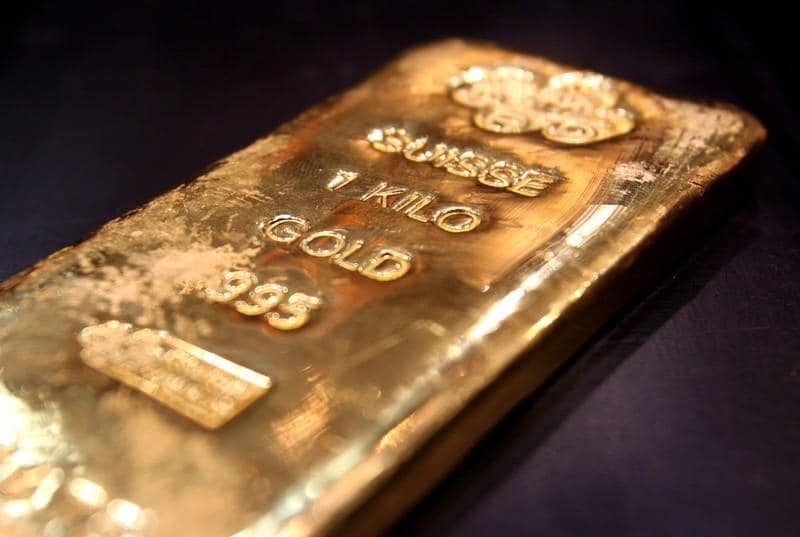 (Reuters) - Gold prices dipped on Wednesday on signals the U.S. Federal Reserve would not make too steep a cut to interest rates next month, but still held ground above the key psychological $1,400 level.

Gold is on track to snap a six-session streak of gains and also its biggest one day percentage fall in more than two weeks.

"In gold, people were looking for a reason to sell some just because over the past week and a half gold has gone up exponentially. It had that break down and then kept on running," said Michael Matousek, head trader at U.S. Global Investors.

"You're seeing people playing the volatility."

In the previous session, prices had hit a six-year peak of $1,438.63 primarily on the back of heightened expectations that the Fed, like many counterparts around the world, would cut rates in acknowledgment of tepid economic stimulus and weak data.

Fed Chairman Jerome Powell stressed the central bank's independence from U.S. President Donald Trump, who is pushing for rate cuts. St. Louis Fed President James Bullard, considered one of the most dovish U.S. central bankers, surprised some investors by saying a 50 basis point cut in rates "would be overdone."

Following the statements from the Fed officials, gold sapped gains and has dropped nearly 2.6%. Lower interest rates reduce the opportunity cost of holding non-yielding gold, prompting investors to sell some.

The comments by Powell and Bullard have assisted in "enabling the dollar to find some much-needed support and undermining buck-denominated precious metals," Fawad Razaqzada, market analyst with Forex.com, wrote in a note, adding that a rebound in equities on trade talk hopes between U.S. and China has further pressured gold.

Trump is expected to meet with Chinese leader Xi Jinping at the G20 summit in Japan, where he said there is a possibility a deal could be struck, omitting the need for imposing more tariffs on goods from China.

"As time goes on, there are more uncertainties and that's what is keeping gold prices above $1,400," said an analyst based in New York.

"Prices should hold and continue to trend higher, unless there is some resolution on (U.S.-China) trade issues."