By Swati Verma BENGALURU (Reuters) - Gold fell to its lowest in more than a week on Friday and was on track to mark its biggest weekly decline in more than a month, as the dollar climbed on robust U.S. economic data ahead of a U.S. Federal Reserve meeting next week 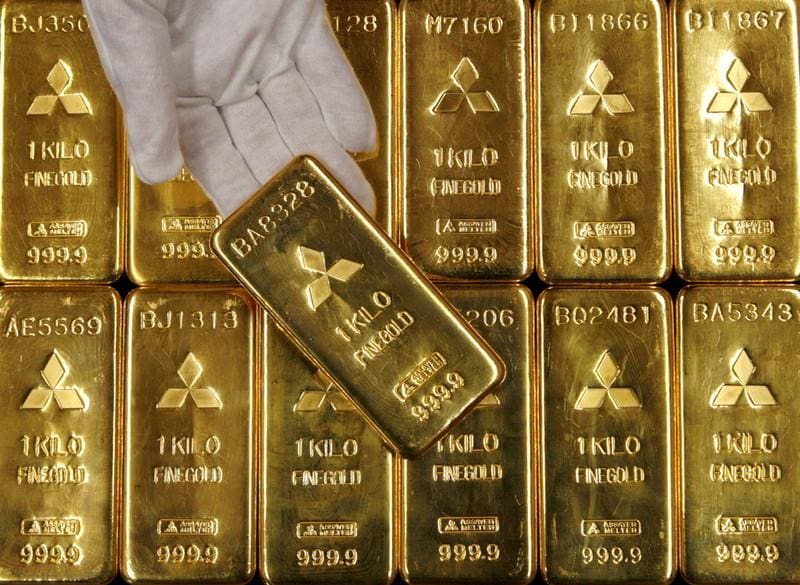 BENGALURU (Reuters) - Gold fell to its lowest in more than a week on Friday and was on track to mark its biggest weekly decline in more than a month, as the dollar climbed on robust U.S. economic data ahead of a U.S. Federal Reserve meeting next week.

"The strength of the dollar has weighed across the complex. The key driver (of prices) in the next few sessions is going to be the markets' expectations for the Fed," said Suki Cooper, precious metals analyst at Standard Chartered Bank. [USD/]

Markets are awaiting the Federal Open Market Committee (FOMC) meeting on Dec. 18-19, where the U.S. central bank is widely expected to raise interest rates. The focus, however, would be on the outlook for 2019.

"With the Fed rate hike next week, any gold price rise will be hampered by expected dollar strength," said Ronan Manly, a precious metals analyst at Singapore-based dealer BullionStar.

Gold prices rose to a five-month peak of $1,250.55 an ounce on Monday, but has given up all the gains as the dollar strengthened against a basket of major currencies.

"With China's economy slowing, along with Germany and parts of the European Union, one would expect interest in the gold market," Walter Pehowich, executive vice president of investment services at Dillon Gage Metals, wrote in a note.

"But with the dollar being so strong ... it's going to take a major news story to bring the price of gold back in favour with investors."

Among other precious metals, spot palladium

"The palladium market is still set to be in deficit in 2019, but you could see some profit-taking and some concerns over the auto market weighing on the palladium prices into the year end," Standard Chartered Bank's Cooper said.