Gold dips on firm dollar and rise in risk appetite

By Eileen Soreng (Reuters) - Gold slipped to its lowest in almost a month on Monday as a firm dollar and greater risk appetite outweighed support from an expected pause to increases in U.S. interest rates. Spot gold was 0.1 percent down at $1,280.26 an ounce by 11:42 a.m 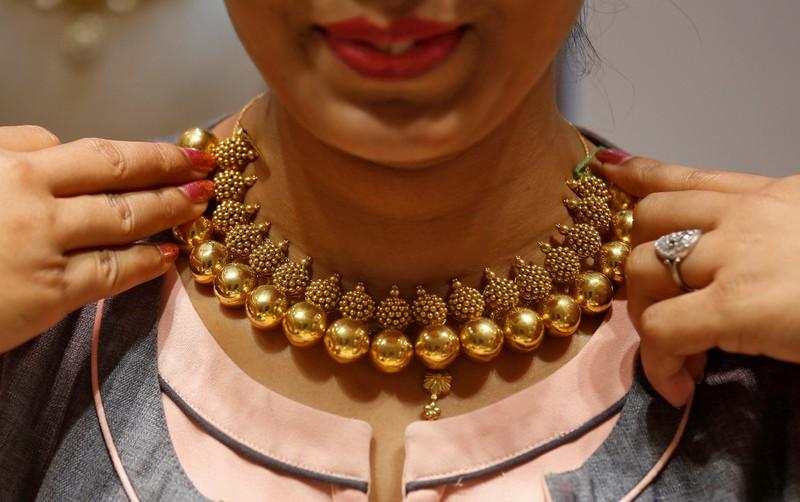 (Reuters) - Gold slipped to its lowest in almost a month on Monday as a firm dollar and greater risk appetite outweighed support from an expected pause to increases in U.S. interest rates.

"Some calm has been restored in the equities market ... We are seeing a bit of withdrawal of interest from the gold market," said Macquarie commodity strategist Matthew Turner.

U.S. markets were closed on Monday for a public holiday.

The dollar rise to a near two-week high weighed on gold, which has climbed more than 10 percent since mid-August, largely because of equity market turmoil and a weak dollar. [USD/]

ActivTrades chief analyst Carlo Alberto De Casa said a break through $1,277 could lead the gold price down to $1,260.

Analysts said gold was still finding some support from expectations that the U.S. Federal Reserve had reached the end of its monetary tightening, a slowdown in global economic conditions and geopolitical uncertainties.

Fed officials have left little doubt that they want to stop raising interest rates, at least for a while, before their first meeting of the new year over Jan. 29-30.

"As a result of the strong rally over the last couple of months, the palladium market may see some consolidation before resuming its upward path," said Hans-Guenter Ritter, Global Head of Trading at Heraeus Metals, Germany.

(Reporting by Eileen Soreng in Bengaluru; Editing by David Goodman and Nick Zieminski)