By Swati Verma BENGALURU (Reuters) - Gold eased on Tuesday as investors flocked to the dollar and U.S. 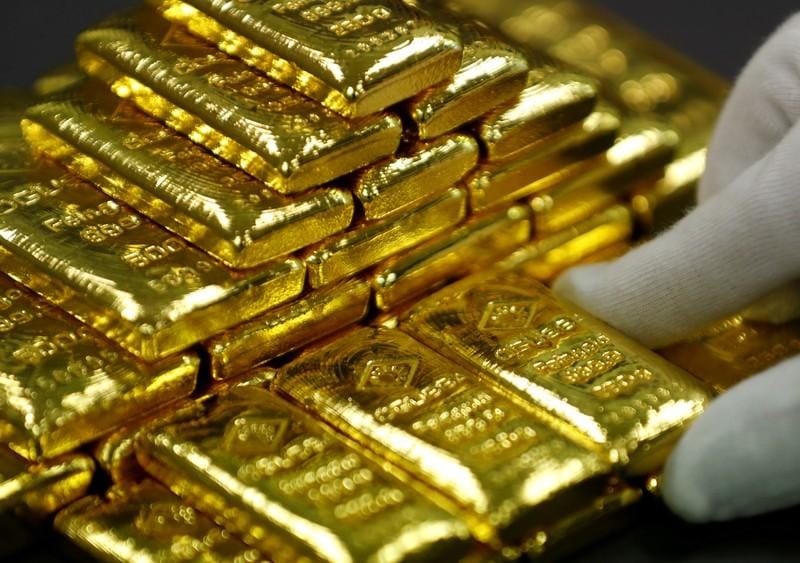 BENGALURU (Reuters) - Gold eased on Tuesday as investors flocked to the dollar and U.S. government bonds amid steep declines in stock markets.

"It seems like most people are leaving the stock markets, flocking into bonds and ignoring the gold market at this moment. Gold seems to be under pressure because of the strong dollar," said Walter Pehowich, executive vice president of investment services at Dillon Gage Metals.

The dollar rallied from a two-week low and benchmark U.S. Treasury yields slipped to seven-week lows as world stock market declines boosted demand for safe-haven debt and the U.S. currency.

A stronger dollar makes gold, which offers no yield to investors, more expensive for users of other currencies.

This has partially helped bullion prices recover about 6 percent from 19-month lows hit in mid-August. The metal hit its highest level since Nov. 7 at $1,228.79 earlier on Tuesday.

"I expect gold to move lower if any of the current issues are resolved."

Investors are now keeping a close eye on a G20 summit later this month in Argentina. U.S. President Donald Trump is expected to meet Chinese President Xi Jinping there to discuss the trade dispute.

"(The) upcoming Nov. 29 meeting between Xi and Trump will be the key. We expect some sort of a truce - not a deal - in which case we could see further dollar weakness and perhaps another leg higher in gold," INTL FCStone analyst Edward Meir said.

While both leaders expressed optimism about resolving their respective issues ahead of the meeting, a top Chinese diplomat in veiled criticism of Washington said on Monday that the APEC summit's failure to agree on a communique resulted from certain countries "excusing" protectionism.

Trading volumes are expected to remain subdued before the U.S. Thanksgiving holiday on Thursday.

(Reporting by Swati Verma in Bengaluru; Editing by Paul Simao)