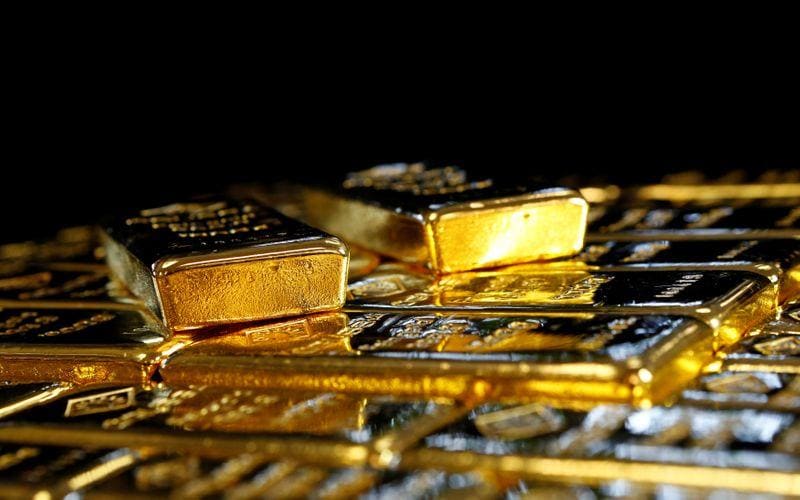 "There are mixed signals that the economy is recovering and some of the signs of recovery are relatively superficial as they show aggregate figures and not how medium and small enterprises continue to suffer," said Jeffrey Christian, managing partner of CPM Group.

"We have a very long way to go before we see a proper economic recovery."

Gold has rallied more than 35% this year as it is considered an asset that should hold its value while the pandemic and money printing by central banks erode the value of others.

Markets awaited further policy response as U.S. Democratic leaders and White House officials continued their talks to try to hash out a next wave of relief to help the economy.

"While there are no early chart clues to suggest the gold and silver markets are close to major tops, both are now getting short-term overbought, technically, and are due for downside corrections in the uptrends," Kitco Metals senior analyst Jim Wyckoff said in a note.

"And remember that with the higher volatility and bigger daily price gains seen at present, there will also be bigger downside corrections when they come."

ISTANBUL (Reuters) - President Tayyip Erdogan told European Council President Charles Michel on Sunday the EU's stance towards the East Mediterranean would be a test of its sincerity, calling on it to take an impartial stance in Turkey's row with Greece. NATO allies Turkey and Greece have been locked in a dispute over hydrocarbon exploration in the sea's disputed waters and the extent of their continental shelves. Provocative comments and steps by European politicians on regional matters would not help achieve a solution, Erdogan was cited as saying by his office

PODGORICA (Reuters) - Thousands gathered in Montenegro's capital Podgorica on Sunday evening waving national flags to protest against the use of Serbian national symbols by opposition parties that won elections last week. Participants chanted: "This is not Serbia" and "We do not give away Montenegro." The pro-Western Democratic Party of Socialists (DPS) led by President Milo Djukanovic, which steered Montenegro through the violent collapse of the former Yugoslavia in the 1990s, lost the parliamentary election last week.