By Herbert Lash NEW YORK (Reuters) - The dollar rose and stocks on Wall Street lifted a gauge of global equities on Wednesday on robust U.S. 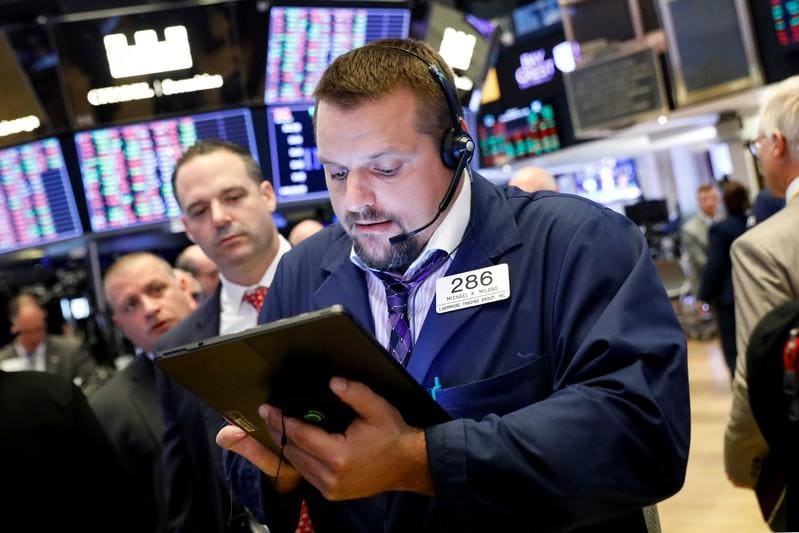 NEW YORK (Reuters) - The dollar rose and stocks on Wall Street lifted a gauge of global equities on Wednesday on robust U.S. housing data and the notion a strong economy would overcome any investor skittishness over a possible impeachment of President Donald Trump.

Trump made the remarks to reporters a day after delivering a stinging rebuke to China's trade practices at the United Nations General Assembly, saying he would not accept a "bad deal."

Stocks in Europe were pressured by political uncertainty after Democrats in the U.S. House of Representatives moved to launch a formal impeachment inquiry of Trump.

But Wall Street shrugged off an impeachment investigation, with the benchmark S&P 500 posting its biggest daily gain in two weeks. Yields on U.S. Treasury long-dated debt rose after falling for seven straight sessions.

The White House released a summary of a telephone call between Trump and Ukraine's president, who said he was not pushed to investigate former Vice President Joe Biden, the front-runner for the 2020 Democratic presidential nomination.

"As long as the economy remains firm, we don't think the drama out of Washington will impact the staying power of this bull market," said Ryan Detrick, senior market strategist at LPL Financial.

"The impeachment is not a big issue until you get into a recession. It's a big deal politically, but it's not a big deal economically," said Stan Shipley, fixed income strategist, at Evercore ISI in New York.

The dollar benefited from a sharp pullback for the pound

Oil prices fell for a second day as U.S. crude inventories unexpectedly surged 2.4 million barrels in the week to Sept. 20, according to the Energy Information Administration, instead of declining 249,000 barrels as analysts expected. [EIA/S]

Crude prices fell after Trump said on Tuesday he saw a path to peace with Iran, easing supply fears after the Sept. 14 attack on Saudi Arabia's oil facilities that halved its output. The kingdom and the United States have blamed Iran for the attack.