By Herbert Lash and Tommy Wilkes NEW YORK/LONDON (Reuters) - Gold prices rose and a gauge of global equity markets on Monday was not far from a record as investors remain bullish about the economic recovery ahead of U.S. data that is expected to underline the strength of the rebound 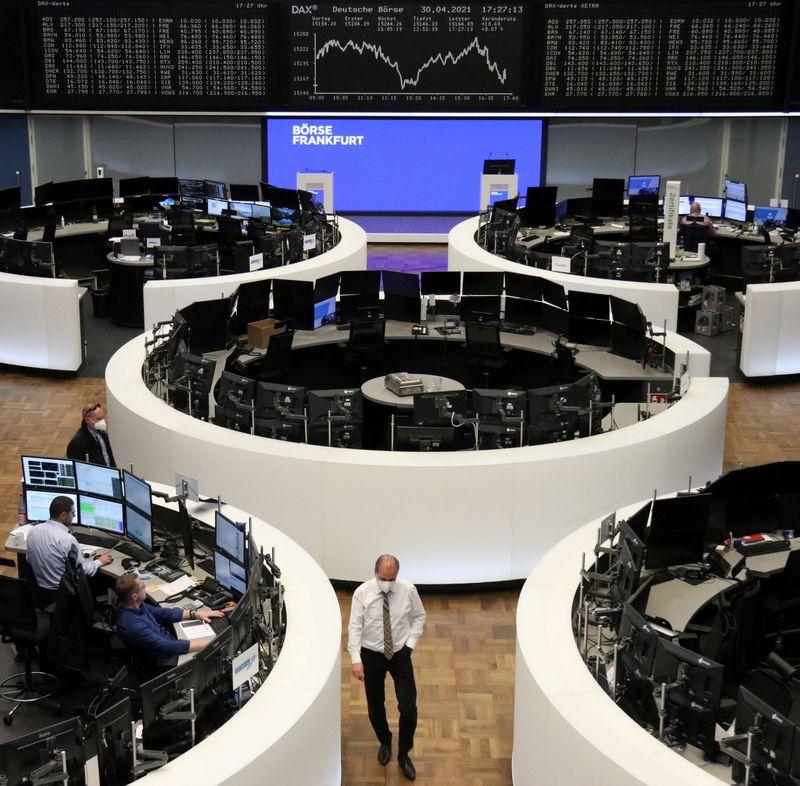 By Herbert Lash and Tommy Wilkes

NEW YORK/LONDON (Reuters) - Gold prices rose and a gauge of global equity markets on Monday was not far from a record as investors remain bullish about the economic recovery ahead of U.S. data that is expected to underline the strength of the rebound.

The dollar eased against a basket of currencies as the yield on Treasury bonds retreated on data showing U.S. manufacturing activity grew at a slower pace in April.

The yield on the 10-year Treasury note traded 1.9 basis points lower at 1.6118% after a shortage of inputs restrained factory output as massive fiscal stimulus and rising vaccinations against COVID-19 unleashed pent-up demand.

Earnings for S&P 500 companies are expected to rise 46.3% in the first quarter year over year, almost double the rate forecast at the start of April, Refinitiv IBES data show.

Of the 303 companies that have reported so far, 87.1% have beat analyst estimates, more than 20 percentage points above the long-term average, Refinitiv said.

But some economists think businesses may be getting ahead of themselves and influenced more by the success and speed of COVID-19 vaccination rollouts.

"The data has been unrealistically strong in recent months - while the underlying economy is performing very well, manufacturing growth is not quite at the stratospheric levels the surveys imply," said UBS economist Paul Donovan.

A busy week for U.S. economic data is expected to show resounding strength, particularly for the ISM manufacturing survey and April payrolls.

Cryptocurrency ether scaled a new record high beyond $3,000 as investors bet on increased adoption. Its 2021 gain of 325% has eclipsed that of bigger rival bitcoin.

Oil rose more than 1% as Chinese economic figures and U.S. vaccination rate pointed to a strong rebound in demand in the world's two largest economies.

Commodity prices, including oil, metals and many agricultural products, have rallied in recent weeks as investors wager on a wave of new demand as economies reopen.

(Reporting by Herbert Lash, additional reporting by Wayne Cole in Sydney and Yoruk Bahceli in Amsterdam; Editing by Chizu Nomiyama and Lisa Shumaker)