By Sinéad Carew NEW YORK (Reuters) - Wall Street indexes were down on Tuesday though they pulled back from the day's lows after investors fled to safety on worries about a global slowdown in growth while oil tumbled and pressure mounted on Saudi Arabia over the death of journalist Jamal Khashoggi. Benchmark U.S. Treasury prices rose, sending yields to their lowest levels in almost three weeks as tumbling equity markets worldwide fed demand for low-risk debt. 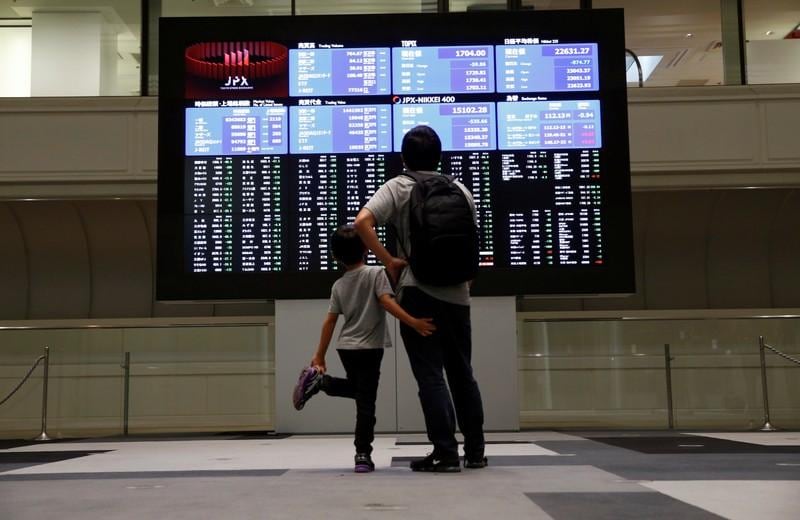 NEW YORK (Reuters) - Wall Street indexes were down on Tuesday though they pulled back from the day's lows after investors fled to safety on worries about a global slowdown in growth while oil tumbled and pressure mounted on Saudi Arabia over the death of journalist Jamal Khashoggi.

The flight to safety, which started in Asia and continued through Europe's trading day, also put pressure on the U.S. dollar as the safe-haven Japanese yen and Swiss franc were in favour.

Oil prices fell as much as 5 percent after Saudi Arabia said it could supply more crude quickly if needed, reassuring investors ahead of U.S. sanctions on Iran's crude exports that start next month. [O/R]

“There’s the question of impact on global growth from tariffs and the ongoing trade war. President Trump and President Xi have agreed to meet during the G-20 summit, but that’s post-election. It’s clear that nothing is going to happen for three to four weeks,” said Pursche.

But after hitting a session low of 2691.43 around 10:20 a.m. ET, the S&P gradually pared losses, though trading was volatile for much of the day.

Of the S&P 500's 11 major sectors, energy was the biggest percentage decliner, last down -2.34 percent due to the tumble in oil futures.

Investors were anxious about the economic ramifications of Saudi Arabia's isolation after Turkish President Tayyip Erdogan said intelligence and security institutions have evidence Khashoggi's death at a Saudi consulate in Istanbul this month was planned. He dismissed attempts by Riyadh to blame the "savage" killing on rogue operatives.

U.S. President Donald Trump had said Monday he was not satisfied with what he heard from Saudi Arabia about the death but did not want to lose investment from Riyadh.

Spot gold added 0.7 percent to $1,230.51 an ounce after hitting its highest level since mid-July as investors looked for safety.