By Herbert Lash NEW YORK (Reuters) - A gauge of global equity markets hit a fresh five-month high on Friday on investor optimism over U.S.-Chinese trade talks and hopes a new Brexit vote next week will prove successful, but the dollar headed to its biggest weekly loss since early December. Hopes of avoiding a chaotic exit from the European Union lifted stock indexes in Europe to highs last seen in October while substantive progress on U.S.-Sino trade talks as reported by China's state-run news agency also buoyed sentiment 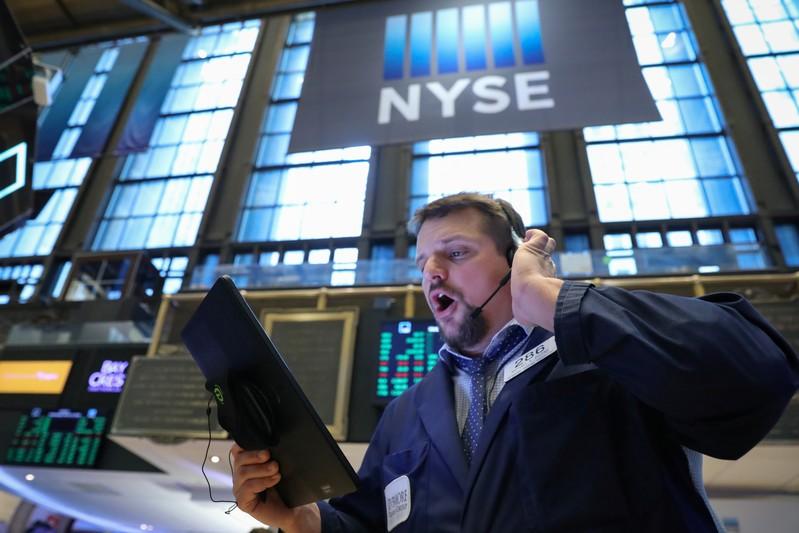 NEW YORK (Reuters) - A gauge of global equity markets hit a fresh five-month high on Friday on investor optimism over U.S.-Chinese trade talks and hopes a new Brexit vote next week will prove successful, but the dollar headed to its biggest weekly loss since early December.

Prime Minister Theresa May's deputy warned lawmakers that unless they approved her Brexit divorce deal after two crushing defeats, Britain's exit from the EU could face a long delay.

The dollar fell broadly, dragged lower by weak U.S. economic data that sent the euro higher and helped gold prices to rebound from below $1,300 an ounce. The pound paused for breath but stayed on course for its biggest weekly gain in seven weeks.

U.S. manufacturing output fell for a second straight month in February and factory activity in New York state was weaker than expected this month, further evidence of a sharp slowdown in economic growth early in the first quarter.

"Slower growth in the U.S. enables the Fed to be more patient, so that's why you're seeing some dollar weakness," Shah said.

"Since the Fed is more likely to be patient now you're starting to see slower growth in the U.S. along with high-relative rates. That makes lower volatility stocks more appealing," he said.

Fed officials are scheduled to meet next week to assess the economy and the course of U.S. monetary policy. While no change in rates is expected officials might take a more cautious view on the global economy after a volatile week in currency markets.

Benchmark 10-year and 2-year U.S. Treasury yields fell to their lowest levels since early January, pushed lower by the weak U.S. economic data and the growing perception the Fed will stand pat on raising rates for the rest of the year.

U.S. crude futures briefly hit a 2019 high but later retreated along with benchmark Brent oil as worries about the global economy and robust U.S. production put a brake on prices.