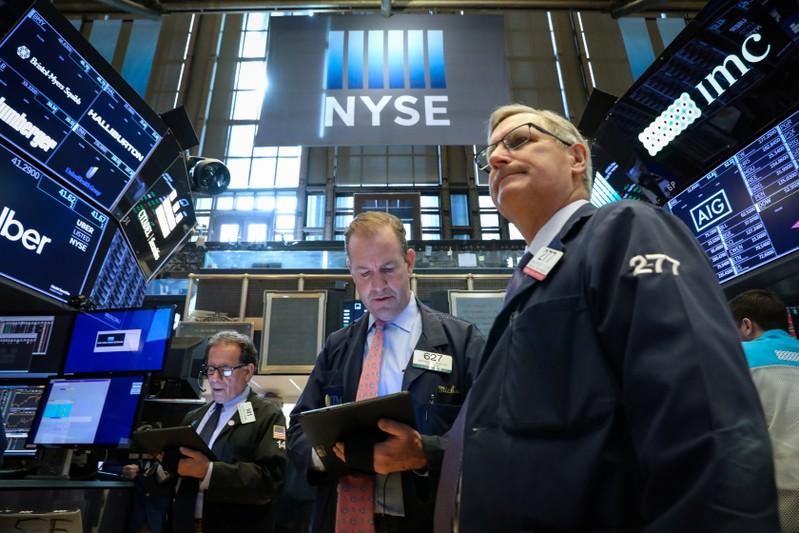 A spike in U.S.-China tensions over import tariffs has convulsed markets recently as investors seek to parse statements from government leaders to gauge the direction of negotiations.

News that U.S. President Donald Trump is expected to delay auto tariffs appeared to improve the trade tone on Wednesday, but later in the day the Trump administration hit Chinese telecoms giant Huawei with severe sanctions.

“The overall market sentiment got pretty negative the last couple of days," said Keith Lerner, chief market strategist at SunTrust Advisory Services in Atlanta. "And I think it was just a set-up where we had a little bit of good news that has gone a long way, at least for today.

“It makes sense that you are having a little bit of reprieve today based on a little better economic data and a little bit better earnings data which is drawing the attention away from China, which is still a big uncertainty right now,” Lerner said.

Shares of Cisco Systems and Walmart both gave boosts to the S&P 500 and the Dow after their respective earnings reports. Cisco shares rose 6.7% and Walmart rose 1.4%.

MSCI's gauge of stocks across the globe gained 0.58%.

U.S. homebuilding increased more than expected in April and activity in the prior month was stronger than initially thought. In a separate report, the number of Americans filing applications for unemployment benefits fell more than expected last week.

"I'm a little surprised that with stocks so strong, the yields aren't even higher because this doesn't seem to be that big of a move in the scheme of things," said Lou Brien, market strategist at DRW Trading.

The U.S. dollar rose against a basket of currencies as investors focused on trade war tensions, while the euro was hurt by concerns about next week’s European parliamentary elections.

Oil prices jumped as tensions in the Middle East grew, with a Saudi-led coalition launching air strikes in Yemen in retaliation for recent attacks on its crude infrastructure.