By Herbert Lash NEW YORK (Reuters) - Oil prices rose and stocks rallied worldwide on Thursday after China said it had agreed with the United States to cancel tariffs in phases, a key consideration in reaching a deal to end a trade war that has crimped economic growth and roiled markets. But U.S. 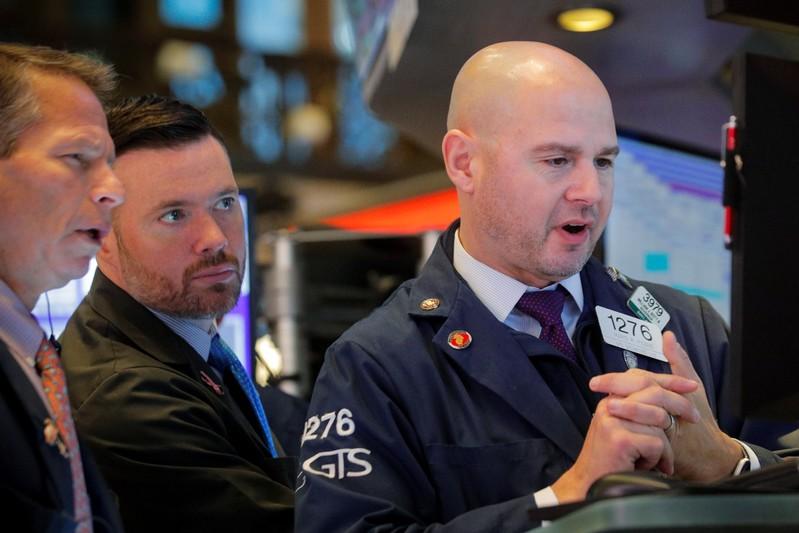 NEW YORK (Reuters) - Oil prices rose and stocks rallied worldwide on Thursday after China said it had agreed with the United States to cancel tariffs in phases, a key consideration in reaching a deal to end a trade war that has crimped economic growth and roiled markets.

But U.S. stocks pared some gains after Reuters reported rolling back existing tariffs as part of a trade deal faces fierce opposition at the White House and from outside advisers, multiple sources familiar with the talks said.

The Dow and S&P 500 closed at record highs, while the Nasdaq missed a record close by less than two-tenths of a point.

A gauge of global equity performance surged to a 21-month peak, with a pan-European index at its highest since July 2015 after regional shares rose for a fifth straight session.

The dollar gained after comments from a Chinese commerce ministry spokesman about the terms of a potential trade deal prompted investors to dump perceived safe havens such as the Japanese yen, the Swiss franc, bonds and gold.

No timetable was indicated, but a "phase one" deal is widely expected to include a U.S. pledge to scrap tariffs scheduled for Dec. 15 on about $156 billion worth of Chinese imports, including cellphones, laptop computers and toys.

However, the idea of a tariff rollback was not part of the original October "handshake" deal between Chinese Vice Premier Liu He and U.S. President Donald Trump, sources told Reuters.

The initial news from China was positive, said David Kelly, chief global strategist at JPMorgan Funds in New York. But with operating earnings lower in a slowing economy, "the fundamental justification for this market increase is pretty weak."

Investors have few options outside of equities, with the return in money markets and long-term government debt below the rate of inflation, Kelly said. The economy is generating plenty of wealth but it is all going to the stock market, he said.

"The real driver (of the rally) is that investors in the United State and around the world have got little alternatives available to them because of the actions of the central banks," Kelly said, "so they're funneling money into stocks."

Asia had been quiet overnight, with the China news arriving just before European markets opened. Automakers <.SXAP> and miners <.SXPP> were among Europe's top gainers.

The prospect of a recession diminishes if some tariffs are removed, said Peter Cardillo, chief market economist at Spartan Capital Securities in New York. "So that's positive for stocks."

The global benchmark for crude climbed above $62 a barrel. Brent crude

The dollar rose to near three-month highs versus the yen on the trade news, paring losses earlier in the session, while Australia's China-sensitive dollar hit a near four-month high.

Copper got its customary lift from the China optimism as the country is the biggest buyer of the metal.

"Global markets in general are looking toward where trade goes," said Justin Lederer, an interest rates strategist at Cantor Fitzgerald in New York. "The market is being dictated by headlines and it's risk on, risk off."

For a graphic on German yields: