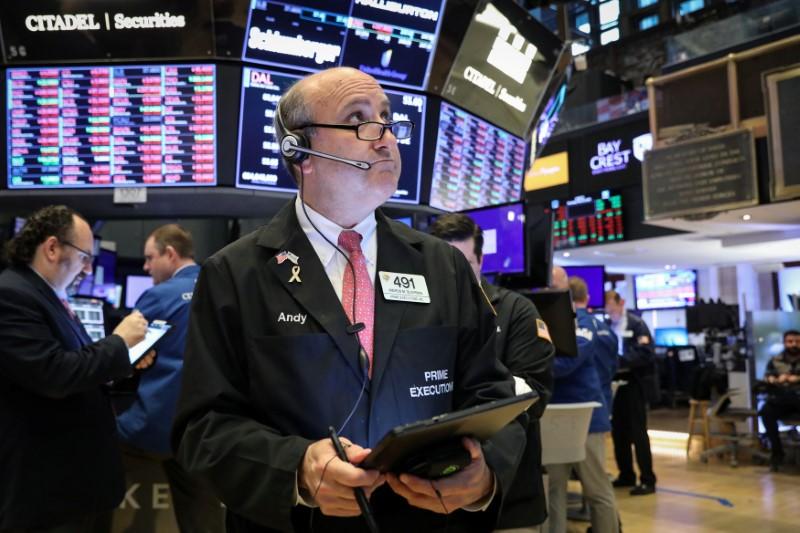 The dollar at one point hit its highest level in two years against a basket of six major currencies and the euro slumped to levels last seen in May 2017 as a recovery in euro zone business activity was weaker than expected.

Stocks tumbled on Wall Street and yields on the benchmark 10-year U.S. Treasury note fell below 2.30% to the lowest since October 2017 as an early read of U.S. manufacturing data for May posted its weakest pace of growth in nearly a decade.

Equity investors, basking in the luxury of low interest rates, had been hoping for the best since U.S.-China trade talks soured, said Michael O'Rourke, chief market strategist at JonesTrading in Greenwich, Connecticut.

"You're seeing asset classes respond to the risk and they have been for the couple of weeks," O'Rourke said. "Now that it's become clear that the risks are out there, the (equity) market has to price them in. There should be more downside."

Asian stocks fell overnight to a four-month low and European shares sank, with Germany's trade-sensitive DAX down 1.8% and Italian shares more than 2% lower.

MSCI's gauge of stocks across the globe shed 1.35% while the FTSEurofirst 300 index of leading European shares closed down 1.42%.

U.S. Secretary of State Mike Pompeo accused Chinese telecom giant Huawei Technologies of lying about its ties to the government. Beijing said Washington must end its "wrong actions" if it wants trade talks to continue.

Japanese conglomerate Panasonic Corp joined a growing list of multinationals that have said they are disengaging from Huawei, the largest telecom-gear maker and second-largest seller of smartphones.

Reuters reported on Wednesday the U.S. administration was considering Huawei-like sanctions on Chinese video surveillance firm Hikvision over the country's treatment of its Uighur Muslim minority.

The U.S. military also said it had sent two Navy ships through the Taiwan Strait.

"It's tin hats on and battening down the hatches for a fair bit of volatility for the next few months," said Tony Cousins, chief executive of Pyrford International, the global equities arm of BMO Global Asset Management.

One of few markets to escape the turmoil was India. Its main stock market touched an all-time high after Prime Minister Narendra Modi's party scored a historic election victory. Official data showing Modi's Bharatiya Janata Party (BJP) ahead in 292 of the 542 seats available.

The rupee also climbed but that, too, was an outlier.

Investors piled into the dollar because of its importance in the global economy and to earn interest on U.S. Treasuries.

The dollar hit a high of 98.371 against a basket of six major currencies, its highest since May 2017, headed for a fourth consecutive month of gains. It then pared gains and the euro rebounded after touching $1.1109 as slower growth raised the prospect that the Federal Reserve may cut U.S. interest rates.

The Japanese yen strengthened 0.73% versus the greenback at 109.53 per dollar.

U.S. Treasury yields dropped across the board as risk appetite faded and Germany's 10-year bond yield fell further into negative territory after a survey showed business activity in the bloc was weaker than expected in May.

IHS Markit's PMI, a guide to economic health, nudged up to 51.6 from a final April reading of 51.5, but was below market expectations for 51.7.

Gold prices jumped 1 percent as the dollar pulled back from a two-year peak scaled earlier in the session.