New Delhi: A global recession is likely if coronavirus becomes a pandemic, and the odds of that are uncomfortably high and rising with infections surging in Italy and Korea, Moody's Analytics said on Wednesday.

"The coronavirus has been a body blow to the Chinese economy, which now threatens to take out the entire global economy," Chief Economist at Moody's Analytics Mark Zandi said.

The outbreak of the virus, officially called COVID-19, was first detected in Wuhan in China in December and has since affected thousands of people across the globe.

"COVID-19 is battering the global economy in numerous ways. Chinese business travel and tourism has all but stopped; global airlines are not going to China and cruise lines are cancelling most Asia-Pacific itineraries. This is a huge problem for major travel destinations, including in the US, where some 3 million Chinese tourists visit each year," Moody's Analytics said. 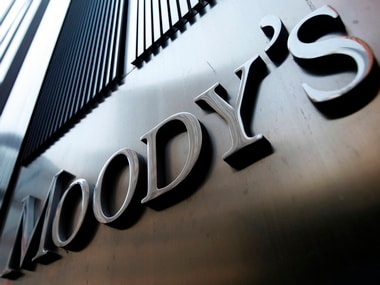 Chinese tourists to the US are among the biggest spenders of any foreign tourists. Travel in Europe is also sure to be severely impacted as Milan, Italy, the centre of the new infections in that country, is a major travel hub for the Continent.

Shortages of some goods will likely result this spring, meaning higher prices for things we buy at Walmart and on Amazon, it said.

"US exports to China will suffer given slumping Chinese demand. China is supposed to ramp up its imports of US products as part of the Phase One trade deal signed by the two countries late last year.

"How much the Chinese would actually purchase from the U.S. was already an open question. Given COVID-19, it is even more questionable. President Trump has suggested that the federal government will cut another check to hard-pressed US farmers to make up for the losses," it said.

Because China is the biggest buyer of many of the world's commodities, including oil, copper, soybeans and pork, and will be buying a lot less of these and many other things, prices are slumping.

Americans will pay less at the gas pump, which is a plus, but it will be hard on the energy, mining and agricultural industries. Emerging economies, especially in Latin America and Africa, that rely on commodity production for their livelihoods will be slammed.

"Global businesses can't seem to catch a break. They have been grappling with the trade war, the Brexit transition, and the economic policy implications of the fast-approaching US presidential election," it said.

"COVID-19 is now another on this lengthening list of concerns, making it even more likely that already-cautious business executives will continue to sit on new investment and expansion plans. Moreover, they will likely be slow to ramp up their operations, fearful of the implications if they move too quickly and their workers get sick," it said.