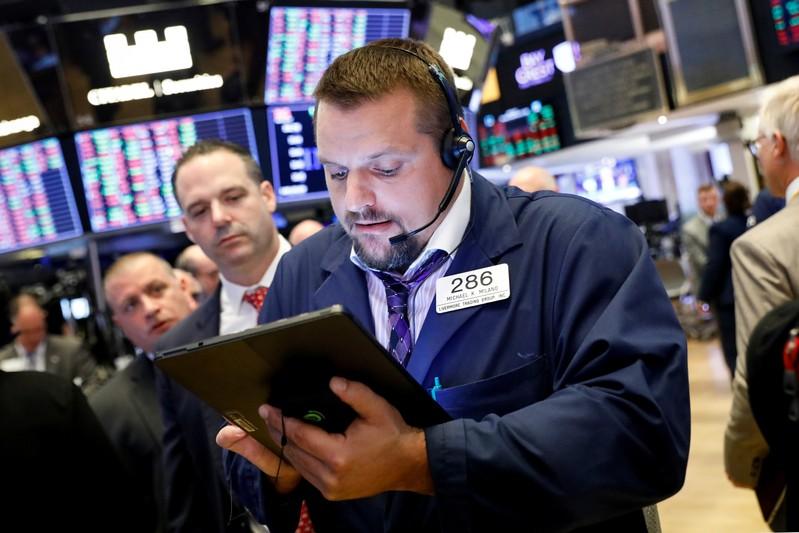 NEW YORK (Reuters) - The dollar edged higher while global shares slid on Monday as euro zone equities clocked their worst day in a month after dismal business activity readings in Europe deepened fears of a looming recession there.

Bond yields across the euro area tumbled after German private sector activity shrank for the first time in 6-1/2 years in September as a manufacturing recession worsened and service-sector growth also lost momentum.

Growth also slowed unexpectedly in France, the only other euro zone country for which IHS Markit's flash composite Purchasing Managers' Index is published.

"Trade tensions between the two largest economies in the world are having an impact ... the dreadful manufacturing figures from Germany this morning is a great example of how the problem spills out beyond the U.S. and China," said CMC Markets analyst David Madden in London.

The euro zone economy is not showing convincing signs of a rebound and a persistent downturn in manufacturing puts at risk the rest of the economy, European Central Bank President Mario Draghi said.

The dollar climbed, buoyant in recent months as its relatively high yield and a strong U.S. economy attracted investors.

Bond yields across the euro area tumbled after the weak business activity data. The yield on Germany's benchmark 10-year bond