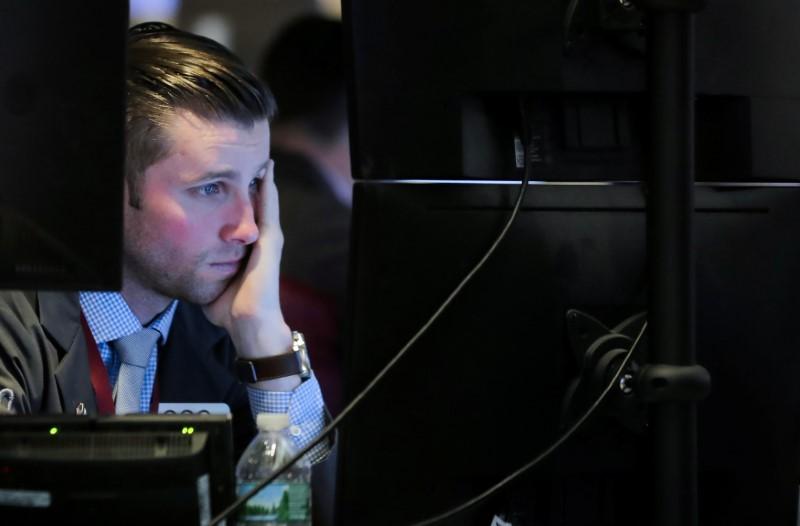 "Despite what has been a pretty good earnings season, people are looking ahead to next year and are worried about a slowdown," said Mark Kepner, equity trader at Themis Trading in Chatham, New Jersey.

Oil prices slid as much as 7 percent to mirror the stock sell-off as fears about slowing global demand and a surge in U.S. production outweighed expected supply cuts by the Organisation of the Petroleum Exporting Countries (OPEC).

Oil extended its losses after U.S. President Donald Trump said the United States intends to remain a "steadfast partner" of Saudi Arabia even though "it could very well be" that Saudi Crown Prince Mohammed bin Salman had knowledge of the killing of journalist Jamal Khashoggi. Heightened tensions between the two countries had raised concerns about the possibility of supply disruptions.

Meanwhile, the dollar index <.DXY>, tracking the U.S. unit against a basket of six major currencies, rose 0.7 percent as the greenback recovered after having been weighed by weak U.S. housing data. Other safe-haven currencies such as the yen and Swiss franc also gained.

Keeping with the flight to safe-haven assets, the benchmark 10-year U.S. Treasury yield also touched a seven-week low, though it later rose above that level. [nL2N1XV17W]