By Sinéad Carew NEW YORK (Reuters) - Stocks flitted between positive and negative territory on Thursday while U.S. Treasuries were in demand after the European Central Bank chief said economic growth was likely to be weaker than previously expected and the United States was cautious on prospects for a trade deal with China. Demand increased for safe-haven assets with U.S 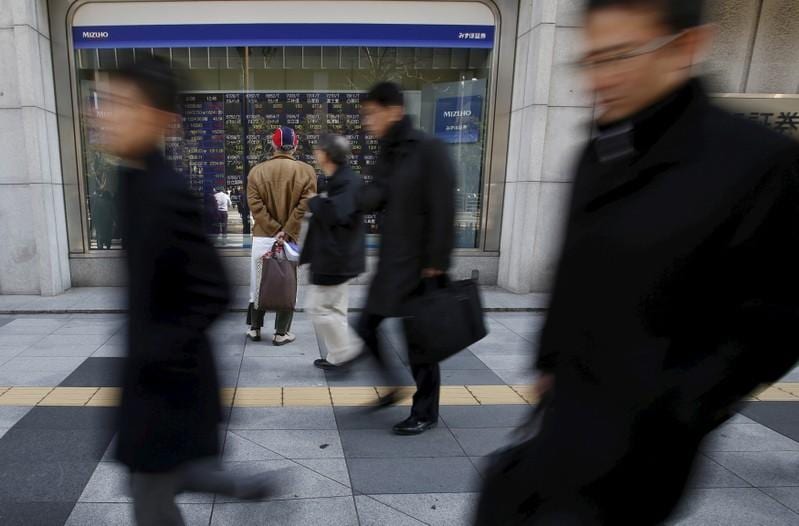 NEW YORK (Reuters) - Stocks flitted between positive and negative territory on Thursday while U.S. Treasuries were in demand after the European Central Bank chief said economic growth was likely to be weaker than previously expected and the United States was cautious on prospects for a trade deal with China.

Demand increased for safe-haven assets with U.S. Treasury 10-year yields hitting a one-week low, due to anxiety about slowing global growth and trade after U.S. Commerce Secretary Wilbur Ross told CNBC that Washington was "miles and miles" from resolving trade issues with China. [US/]

The euro touched its lowest point against the dollar in six weeks after ECB President Mario Draghi left the bloc's interest rates unchanged on Thursday, saying near-term data is likely to be weaker than previously anticipated due to the fallout from factors ranging from China's slowdown to Brexit.

"It's not just an European issue. We are talking about a global slowdown," said Stan Shipley, a strategist at Evercore ISI in New York.

On top of the U.S.-China trade war and its global impact investors were also worried about the economic impact of the longest U.S. government shutdown in history, now in its 34th day.

Thursday's data showed the number of applications for U.S. unemployment benefits fell to more than a 49-year low last week though claims for several states including California were estimated.

But while the data was encouraging, Tony Roth, chief investment officer at Wilmington Trust in Delaware said it was only a matter of time before a continued shutdown would do "irreparable damage" to the economy. The shutdown and U.S.-China trade war are adding pressure to global economies, he said.

"Every day that goes by that we don't have positive news on those fronts, the starting base line (for the market) is negative," said Roth. "It's a major tactical blunder that the (Trump) administration is trying to do both at the same time."

On Wall Street Nasdaq was supported by strength in chipmaker and airline stocks after earnings reports.

The pan-European STOXX 600 index rose 0.22 percent and MSCI's gauge of stocks across the globe shed 0.04 percent.

Oil prices were supported by the U.S. threat of sanctions on OPEC member Venezuela but limited by U.S. data showing record high gasoline inventories and an unexpected big build in crude.