By Herbert Lash NEW YORK (Reuters) - Bond yields edged higher while a gauge of global equity markets hit a record high on Monday, lifted by optimism over the planned signing this week of a U.S.-China trade deal and hopes the start of the U.S. corporate earnings season will not disappoint. 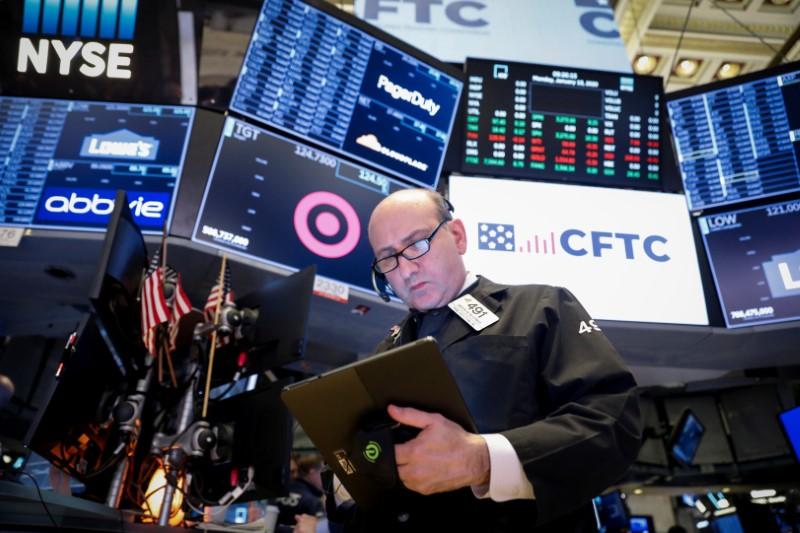 NEW YORK (Reuters) - Bond yields edged higher while a gauge of global equity markets hit a record high on Monday, lifted by optimism over the planned signing this week of a U.S.-China trade deal and hopes the start of the U.S. corporate earnings season will not disappoint.

Gold prices fell almost 1% ahead of the signing at the White House on Wednesday of the Phase 1 trade deal and as a de-escalation in U.S.-Iran tensions in the Middle East reduced bullion's safe-haven appeal.

U.S. and euro zone government bond yields rose as the trade deal marks a major step in ending a dispute that has cut global growth and boosted demand for such safe-haven assets as bonds, gold and currencies like the Japanese yen and Swiss franc.

The United States is planning to lift its designation of China as a currency manipulator, Bloomberg reported, citing people familiar with the matter, a move that added to the positive mood among investors.

Middle East tensions rose after the United States killed a top Iranian general on Jan. 2 in Baghdad, knocking global stocks off a rally spurred in late 2019 on hopes a trade deal would be signed. Markets have rebounded as both Tehran and Washington desisted from further escalation after Iran retaliated for the killing with an missile attack on U.S. troops in Iraq.

Investors are waiting for corporate results that start in earnest this week with large U.S. banks, including Citigroup Inc

"It's put up or shut up time," said Joe Saluzzi, said co-manager of trading at Themis Trading in Chatham, New Jersey. "We've priced in a big rally, we expect growth and now it's time to see it. If we have a good earnings season then it will be great."

Other European automobile stocks <.SXAP> were also down, after China's top auto body reiterated predictions that sales were likely to shrink for the third consecutive year in 2020.

Gold, considered a safe haven during political and economic turmoil, rose last week to an almost seven-year peak of $1,610.90 an ounce after a U.S. drone strike killed a top Iranian commander in Baghdad and Iran launched missiles against U.S. troops in Iraq in retaliation.