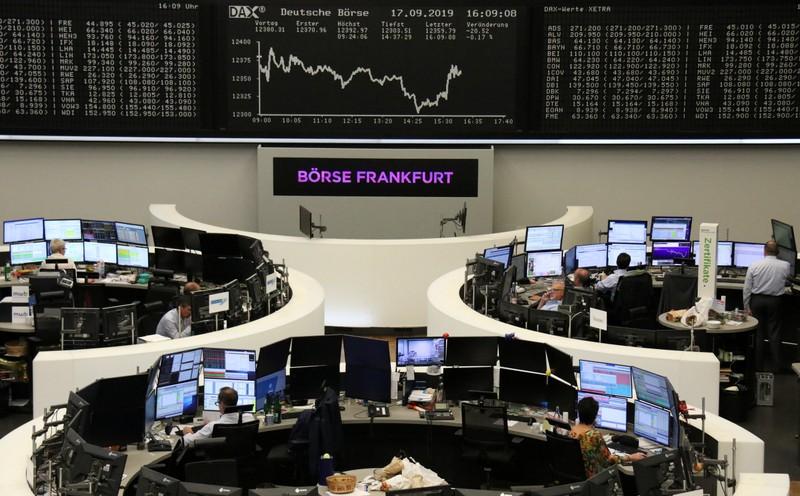 All three major U.S. stock indexes fell in choppy trading, and the spread between 2-year and 10-year U.S. Treasuries flattened to 3 basis points.

The U.S. central bank, on a 7-3 vote, lowered the Fed funds target rate to a range of 1.75% to 2.00% "in light of the implications of global developments for the economic outlook as well as muted inflation pressures," although it said the U.S. economy continues to grow at a "moderate" pace and the labour market "remains strong."

The rate cut fell short of the more aggressive reduction in borrowing costs that President Donald Trump had demanded.

At a news conference following the policy decision, Fed Chair Jerome Powell said rates were lowered to keep the economy strong and provide insurance against risk, adding that the Fed is closely monitoring economic data, trade and global growth risks.

"The Fed's cut was in line with consensus expectations," said Mark Grant, managing director and chief global strategist at B. Riley FBR, Inc in Fort Lauderdale, Florida. "Their future outlook will certainly not please our president. Chairman Powell's position that we are in a 'mid-cycle adjustment' seems to be what has driven the Fed to their conclusion."

The U.S. Treasury yield curve flattened as Powell spoke, with the 2-year gaining ground against the benchmark 10-year.

The dollar strengthened to a near seven-week high against the yen following the Fed's rate cut. The dollar index <.DXY> rose 0.27%, with the euro

The Japanese yen weakened 0.19% versus the greenback at 108.37 per dollar, while sterling