By Chuck Mikolajczak NEW YORK (Reuters) - A gauge of global stocks fell for a third day on Tuesday as a push by some Democrats for the impeachment of U.S. President Donald Trump gained momentum, and the British pound strengthened after the UK Supreme Court ruled Prime Minister Boris Johnson's decision to suspend parliament was unlawful 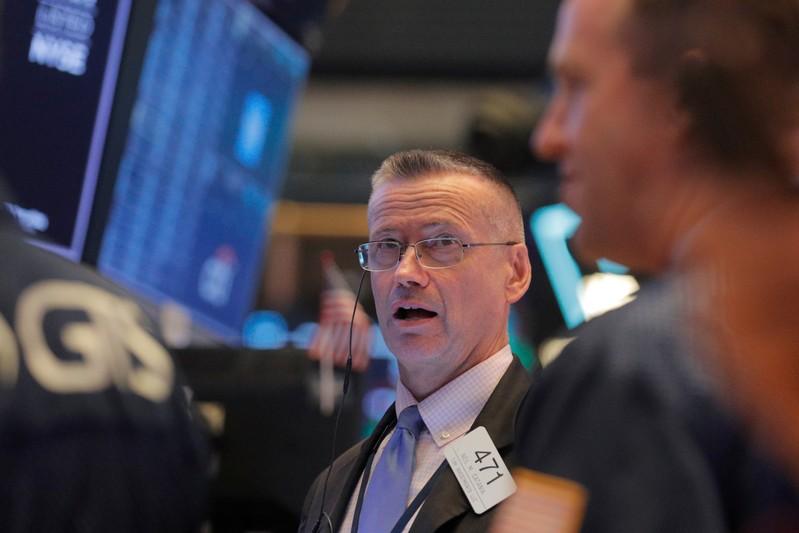 NEW YORK (Reuters) - A gauge of global stocks fell for a third day on Tuesday as a push by some Democrats for the impeachment of U.S. President Donald Trump gained momentum, and the British pound strengthened after the UK Supreme Court ruled Prime Minister Boris Johnson's decision to suspend parliament was unlawful.

After initially advancing, Wall Street's benchmark S&P 500 index retreated after U.S. Representative John Lewis, one of the most senior leaders, joined other Democratic lawmakers in calling for impeachment proceedings to begin against Trump.

The call came after Trump confirmed he held back aid to Ukraine but denied it was done to provoke an investigation of Joe Biden, the Democratic presidential front-runner.

In what was a choppy session, stocks cut losses after falling more than 1% as Trump said he would release the transcript of his phone call with Ukraine's president that has led to the renewed impeachment calls.

House of Representatives Speaker Nancy Pelosi is scheduled to make a public statement about a formal impeachment inquiry at 5 p.m. ET (2100 GMT).

"What all of that combined is going to do is ensure there is going to be elevated volatility in both directions in the next few days," said Michael James, managing director of equity trading at Wedbush Securities in Los Angeles.

The decline for the S&P 500 marked its biggest one-day percentage drop in a month.

The tone of the market had begun to weaken earlier in the session, with gains evaporating after soft data on U.S. consumer confidence and a speech by Trump to the United Nations General Assembly that called on nations to embrace nationalism and turn their backs on globalism. Trump also issued a message to China that he will not accept a "bad deal" in trade negotiations.

Markets had been optimistic after U.S. Treasury Secretary Steven Mnuchin said on Monday he and U.S. Trade Representative Robert Lighthizer would meet with Chinese Vice Premier Liu He for trade talks in two weeks, after waning optimism on trade had hit the stock market on Friday.

A report showed that U.S. consumer confidence fell by the most in nine months in September, far more than expected, as Americans' economic outlooks darkened in the face of the U.S.-China trade war.

Investors have looked to U.S. consumer strength as a cause to be optimistic about the economy despite signs of weakness in other areas, such as manufacturing.

Sterling gained after the court ruling against Johnson, but uncertainty over a possible general election and the eventual outcome of Britain's impending exit from the European Union capped its rise.