By Laila Kearney NEW YORK (Reuters) - Global stock markets climbed on Monday, and the U.S. dollar rallied to a five-month peak while the Japanese yen weakened after the United States and China agreed to halt a trade war between the two countries. 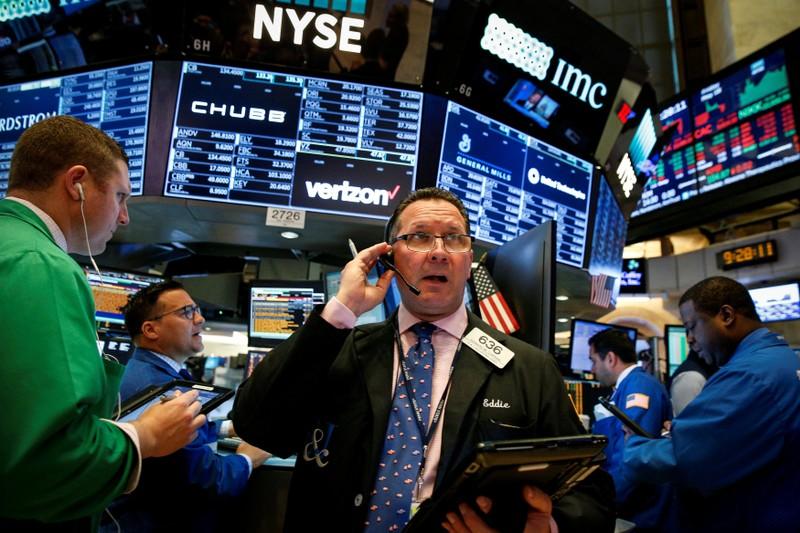 NEW YORK (Reuters) - Global stock markets climbed on Monday, and the U.S. dollar rallied to a five-month peak while the Japanese yen weakened after the United States and China agreed to halt a trade war between the two countries.

U.S. Treasury Secretary Steven Mnuchin on Sunday declared the trade battle with China "on hold" after the two countries agreed to drop their tariff threats in favour of hashing out a broader deal.

The trade truce encouraged investors on Wall Street, sending up equity indexes that were also buoyed by news of $28 billion in U.S. merger deals.

In the short term, analysts said they expect stocks to continue to trend higher barring a major negative event.

"This is an indication of what we'll see near term, because we are through earnings, relatively light on macro data, and with geopolitics, it seems like some of the emotion has been reduced between now and the Korean summit," said Gordon Charlop, managing director at Rosenblatt Securities in New York.

The U.S.-China trade news also boosted the U.S. dollar to a five-month high as investors further pared back short positions on the greenback.

The Japanese yen weakened 0.29 percent versus the greenback to 111.09 per dollar, while sterling

The euro has suffered amid concerns about political uncertainty in Italy.

Italy's far-right League and the 5-Star Movement agreed on a candidate to lead their planned coalition government and to implement spending plans seen by some investors as threatening the sustainability of the country's debt pile.

Expectations that U.S. sanctions on Iran could curb the country's crude exports have led crude prices higher in recent weeks, and the market is now weighing the possibility of additional sanctions on Venezuela following its presidential election.