By Saqib Iqbal Ahmed NEW YORK (Reuters) - Oil prices dropped sharply on Tuesday after Saudi Arabia's energy minister said the kingdom has fully restored its oil production after having been hit by an attack this weekend that shut 5% of global oil output. Stocks were little changed on the day and U.S. Treasury yields slipped ahead of an expected interest rate cut by the Federal Reserve at the conclusion of its two-day policy meeting on Wednesday 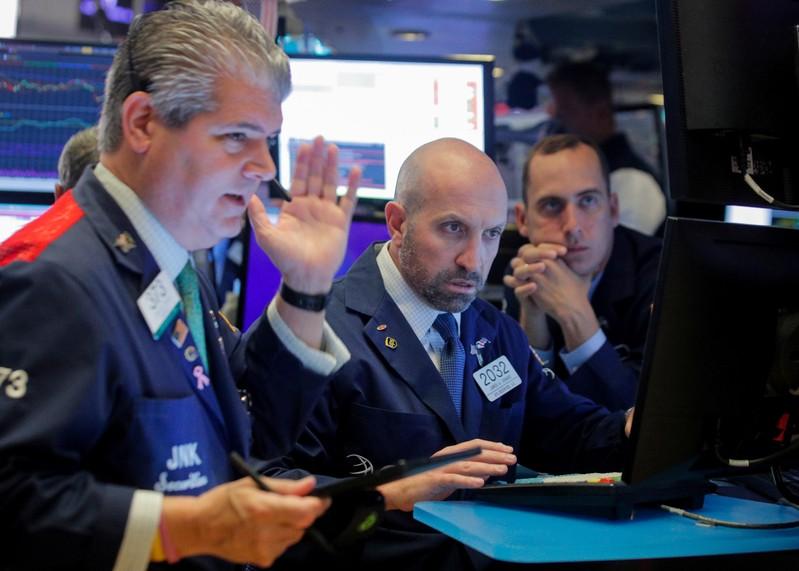 NEW YORK (Reuters) - Oil prices dropped sharply on Tuesday after Saudi Arabia's energy minister said the kingdom has fully restored its oil production after having been hit by an attack this weekend that shut 5% of global oil output.

Stocks were little changed on the day and U.S. Treasury yields slipped ahead of an expected interest rate cut by the Federal Reserve at the conclusion of its two-day policy meeting on Wednesday.

The oil market remained on tenterhooks over the threat of retaliation for attacks on Saudi Arabian crude oil facilities on Saturday.

During a news conference on Tuesday, Saudi Arabia's energy minister also said it will keep its full oil supply to its customers this month.

On Wall Street, stocks opened slightly weaker before recovering ground to trade little-changed on the day, as investors shunned big bets ahead of the Fed's policy decision.

With the retreat in oil prices, shares of energy companies, which had risen hard on Monday, gave up a lot of the gains.

European shares slipped slightly even as investors sought refuge in oil stocks and defensive sectors in response to heightened volatility after the attacks in Saudi Arabia.

U.S. Treasury yields edged lower as traders bided their time before the Fed decision on rates.

While a rate cut is seen as near-certain this week, there are deep disagreements among Fed policymakers on whether a reduction in borrowing costs now or further decreases are warranted. Investors will focus on the so-called "dot plot," which shows where policymakers expect rates to be in the future.

"The dot plot will be interesting. I would expect to see a lot more dispersion between all the dots going forward especially as we know there are a lot of contrasting views at the Fed right now," said Justin Lederer, an interest rate strategist at Cantor Fitzgerald in New York.

Investors were also watching an overnight spike in dollar funding costs after the overnight rate, or the cost for banks and Wall Street dealers to borrow dollars

In currency markets, the dollar slipped in choppy trading, moving within narrow ranges.

With investors adopting a wait-and-see approach ahead of the Fed meeting, gold prices were steady. Spot gold