By David Randall NEW YORK (Reuters) - Growing prospects for a U.S. coronavirus relief package after a grim employment report helped boost demand for riskier assets on Friday, taking the dollar to a 2-1/2-year low and pushing oil prices to their highest since March when widespread lockdowns aimed at curtailing the pandemic took effect. 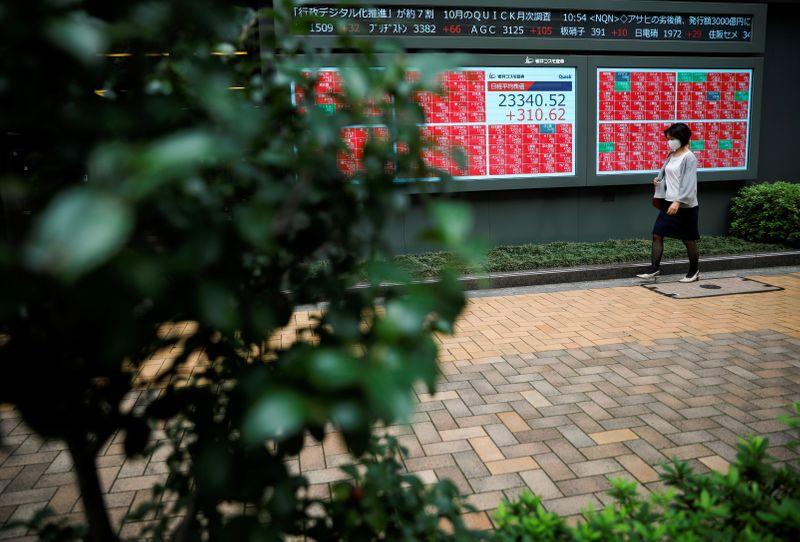 NEW YORK (Reuters) - Growing prospects for a U.S. coronavirus relief package after a grim employment report helped boost demand for riskier assets on Friday, taking the dollar to a 2-1/2-year low and pushing oil prices to their highest since March when widespread lockdowns aimed at curtailing the pandemic took effect.

The U.S. economy added the fewest workers in six months in November, with nonfarm payrolls increasing by 245,000 jobs last month after rising by 610,000 in October, the Labor Department said on Friday. Economists polled by Reuters had forecast payrolls would increase by 469,000 jobs in November.

"It shows that the economy is still not on firm footing and we need stimulus. The revitalized conversations are important, and this shows that ultimately maybe a bad number will get the politicians to push forward a bit faster," said Marvin Loh, senior global macro strategist at State Street Global Markets.

A bipartisan, $908 billion coronavirus aid plan gained momentum in the U.S. Congress on Thursday as conservative lawmakers expressed their support.

MSCI's gauge of stocks across the globe gained 0.62% following mixed trading in Asia and modest gains in Europe.

"One of the elements of the better news we are getting, for instance the vaccine, is to increase the attraction of risky assets, and that reduces the appetite for the U.S. dollar," said Eric Brard, head of fixed income at asset manager Amundi.

German industrial orders rose more than expected on the month in October, data showed on Friday, raising hopes the manufacturing sector in Europe's biggest economy started the fourth quarter on a solid footing during a second wave of the pandemic.

Oil prices got an additional lift after OPEC and Russia agreed to reduce their deep oil output cuts from January by 500,000 barrels per day.