By Lewis Krauskopf NEW YORK (Reuters) - A major global stocks index fell on Friday and the Chinese yuan weakened as financial markets were again jostled by uncertainty over global trade tensions. Geopolitical concerns also deepened on news that talks regarding Britain's split with the European Union had faltered, putting pressure on the British pound 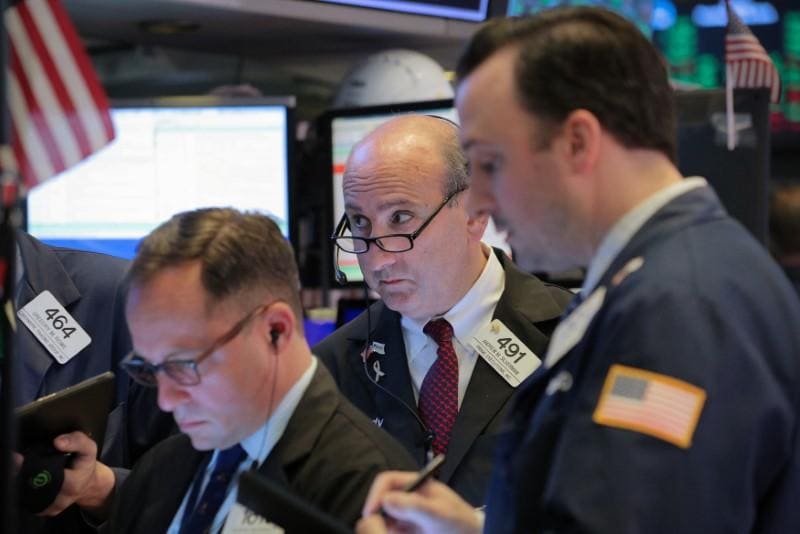 Geopolitical concerns also deepened on news that talks regarding Britain's split with the European Union had faltered, putting pressure on the British pound.

MSCI's gauge of stocks across the globe shed 0.59%.

"Markets are priced so close to perfection that it really doesn’t take very much of a wobble to any of the bull narratives to catalyze moves in the market, and I think that’s what we’re seeing with the trade headlines," said Pete Cecchini, chief market strategist with Cantor Fitzgerald.

Markets reacted to a litany of trade-related developments. In China, the Communist Party's People's Daily wrote in a front-page commentary that the U.S. trade war will only make China stronger and will never bring the country to its knees.

It was the latest salvo in the trade conflict that has involved tit-for-tat tariffs on imports involving the world's two largest economies. Recent tensions caught some investors off guard after they had expected a near-term resolution to the months-long trade dispute.

Indeed, U.S. stocks moved lower late on Friday after CNBC reported talks between the United States and China have stalled.

"In terms of figuring out what is going on between China and the U.S., I don’t know when there will be a resolution there," said Jen Robertson, associate portfolio manager with Wells Fargo Asset Management in London.

Markets appeared to get a lift earlier in the session as the United States and Canada announced a deal to remove tariffs on Canadian steel and aluminium in exchange for new curbs to keep dumped metals from China and other countries out of the U.S., paving the way for a similar pact with Mexico.

U.S. consumer sentiment jumped to a 15-year high in early May amid growing confidence over the economy's outlook, but much of the surge was recorded before an escalation in the U.S.-China trade war, which could hurt activity.

In currencies, the Chinese yuan fell as far as 6.949 against the dollar on Friday, its weakest since Nov. 30.

The dollar index, which measures the greenback against a basket of currencies, rose 0.17%, with the euro down 0.16% to $1.1154. Concern about next week’s European parliamentary elections dented demand for the euro.

Sterling hit a four-month low after cross-party Brexit talks collapsed and concern grew about the impact Prime Minister Theresa May's likely resignation would have on Britain's exit from the European Union.

For a graphic on Asia stock markets, click: https://tmsnrt.rs/2zpUAr4