By April Joyner NEW YORK (Reuters) - World stock markets gave up early gains as a continued flight from healthcare shares dragged on Wall Street, overshadowing upbeat economic data from China. The S&P 500 dipped as the healthcare index dived 3.4% to erase its year-to-date gains on continued fallout from concerns about potential changes to U.S. policy, including a 'Medicare for All' proposal by Senator Bernie Sanders 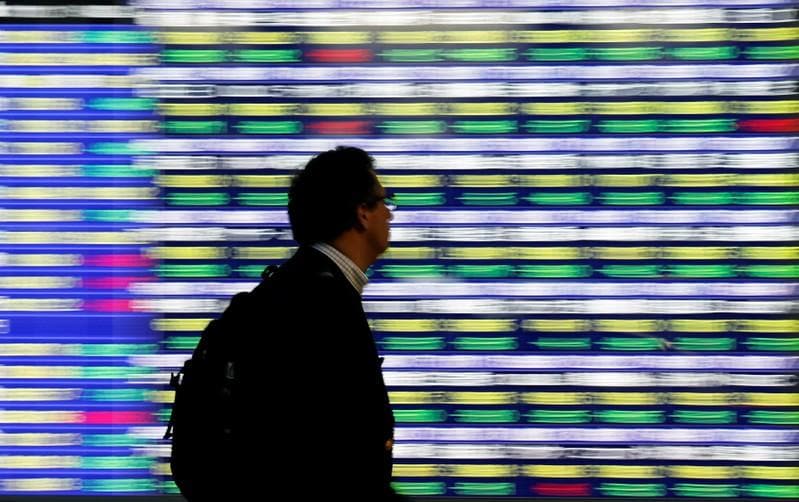 The S&P 500 dipped as the healthcare index dived 3.4% to erase its year-to-date gains on continued fallout from concerns about potential changes to U.S. policy, including a "Medicare for All" proposal by Senator Bernie Sanders.

"With a Democrat-controlled Congress, there is definitely more talk on regulating the sector and drug prices, which has negative headline risks," said Matthew Granfki, director of strategy at Los Angeles-based Miracle Mile Advisors.

"Investors are nervous about the earnings season," he said. "A lot of stocks are heavy right now, even though (the companies) haven't reported yet."

The decline in U.S. stocks weighed on MSCI's 47-country world index, which was buoyed earlier by better-than-expected Chinese data showing the country's economy grew 6.4% in the first quarter.

China's industrial output surged 8.5% in March from a year earlier, the fastest pace since July 2014 and well above forecasts of a 5.9% increase. Retail sales also pleased, with a rise of 8.7%.

Allianz Global Investors strategist and portfolio manager Neil Dwane said the data had been good enough to allay fears that China's economy was collapsing, although the rest of the year remained in question.

"Beijing will now be in a wait-and-see mode to gauge whether it has done enough," Dwane said, referring to stimulus efforts. "To be bullish (on stocks) from here you would have to believe in a pretty strong global recovery in the second half... We are a bit more ho-hum."

MSCI's gauge of stocks across the globe shed 0.16%.

The euro edged up 0.1% to $1.1294, recovering from losses driven by a Reuters report that several European Central Bank policymakers think the bank's economic projections are too optimistic.

Another currency on the move was the New Zealand dollar, which sank 0.7% to $0.6716 after annual consumer price inflation came in well below expectations, at just 1.5% for the first quarter.

Against a basket of major currencies, the dollar was little changed.

In commodity markets, copper touched a nine-month high on strong Chinese economic data and ended 0.9% higher at $6,556 per tonne.