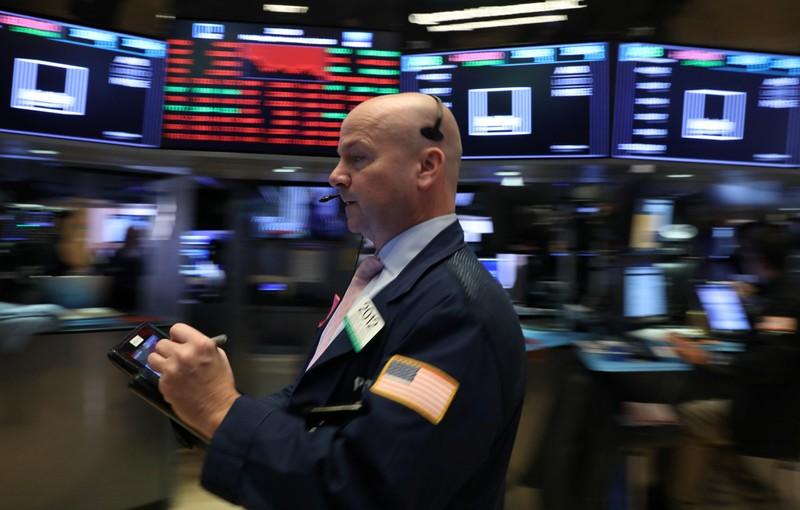 NEW YORK (Reuters) - The U.S. dollar weakened and Treasury yields slid on Friday after a top Federal Reserve official said U.S. interest rates were near a neutral rate, while the S&P 500 ended positive after a seesaw session helped by optimism over U.S.-China trade ties.

Oil prices steadied but still posted their sixth straight week of losses. Uncertainty over Britain's exit from the European Union clouded currency and other markets.

Markets were shaken by comments made by Richard Clarida, newly appointed Fed vice chair, in a CNBC interview that U.S. interest rates were nearing Fed estimates of a neutral rate, and being at neutral "makes sense."

He also said there was "some evidence of global slowing."

While the Fed is widely expected to raise rates in December, the number of hikes next year is a matter of debate.

Trump said he may not impose more tariffs on Chinese goods after Beijing sent the United States a list of measures it was willing to take to resolve trade tensions.

"The market is paying attention very closely to anything surrounding trade," said Veronica Willis, investment strategy analyst at Wells Fargo Investment Institute in St. Louis. "(A trade deal) would boost expectations for global growth, which would ultimately be good for stocks."

Investors are pointing towards the G20 meeting later this month, when leaders from the United States and China are expected to meet, and the Fed's meeting in December as key events for markets.

British Prime Minister Theresa May won the backing of the most prominent Brexiteer in her government as she fought to save a draft EU divorce deal that has stirred up a plot to force her out of her job.

After tumbling a day earlier, sterling

"Sterling volatility has woken up from its 100-year slumber and is likely to remain reactive," said Ulrich Leuchtmannan, FX strategist at Commerzbank.

The dollar index <.DXY>, which measures the greenback against a basket of currencies, fell 0.49 percent.