By Herbert Lash NEW YORK(Reuters) - The dollar and the yield on the benchmark Treasury note edged higher in light trading on Friday after data showing a surge in the hiring of Americans in March pointed to a U.S. economic recovery that is poised to be the strongest in decades. Equity markets were closed for Good Friday in the Americas, Europe and elsewhere, but it is not a U.S. 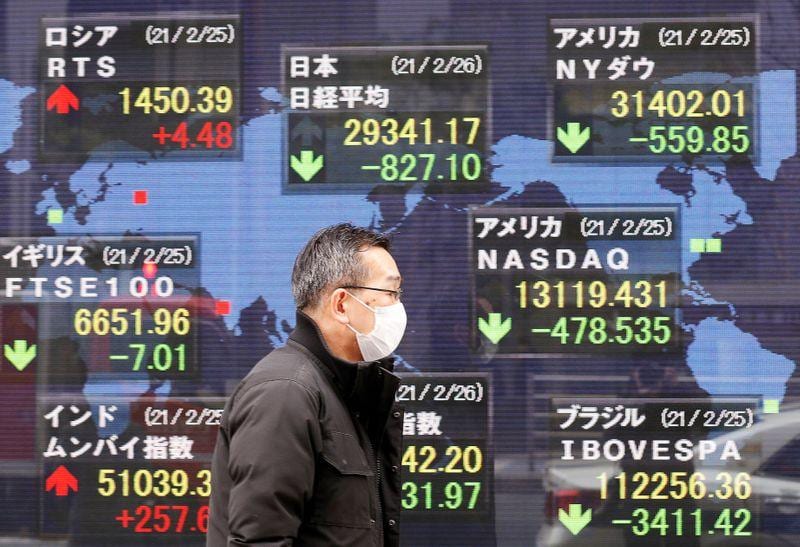 NEW YORK(Reuters) - The dollar and the yield on the benchmark Treasury note edged higher in light trading on Friday after data showing a surge in the hiring of Americans in March pointed to a U.S. economic recovery that is poised to be the strongest in decades.

Equity markets were closed for Good Friday in the Americas, Europe and elsewhere, but it is not a U.S. government holiday and the Labor Department released the closely watched non-farm payrolls report.

The U.S. economy added 916,000 jobs in March, more than economists' forecast of 647,000, and the unemployment rate fell to 6.0% from the previous month's 6.2%. Jobs numbers for February were revised upwards according to the jobs report.

Futures for the S&P 500 stock index extended gains to 0.43% after the report.

Despite the strong numbers the data will not alter the Federal Reserve's stance on monetary policy, said Steven Ricchiuto, U.S. chief economist at Mizuho Securities USA in New York.

"The economy's bouncing back, but it's not producing the things that are going to change the direction of monetary policy," Ricchiuto said. "We're going to test the 1.77% level (in the 10-year Treasury note), but I'm not sure it's going to break (through) on this number."

Treasury yields have spiked on the economic outlook, spurred by U.S. President Joe Biden's plans for $2.3 trillion in infrastructure spending and the accelerating rollout of COVID-19

The March labour market report is the first of what are likely to be several very strong jobs reports over the next few months, said Russell Price, chief economist at Ameriprise Financial Services Inc in Troy, Michigan.

"The outlook looks very good," Price said. But "in my mind the biggest constraint could be the ability of the supply side of the economy to fulfill consumer wishes."

The Nikkei in Tokyo hit a two-week high, with semiconductor- related shares leading the market as the industry looks to boost manufacturing amid a global shortage of chips.

China stocks posted a second weekly gain as recent data pointed to a solid recovery in the world's second-largest economy. Both the CSI300 index and the Shanghai Composite Index closed at an almost four-week highs.

Chinese steel rebar and hot-rolled coil prices closed at record highs after China on Thursday announced a nationwide investigation into steel capacity cuts launched in 2016 as part of efforts to ensure output falls this year.

Stocks rose on Wall Street on Thursday, with the S&P 500 index hitting a fresh peak as it scaled the 4,000 mark, and the benchmark Deutsche Boerse DAX index in Germany setting a new high. Equities rose on reports of the strongest manufacturing data in decades around the world.

The dollar's ascent to multi-month highs is likely to continue as more investors bet on economic recovery.