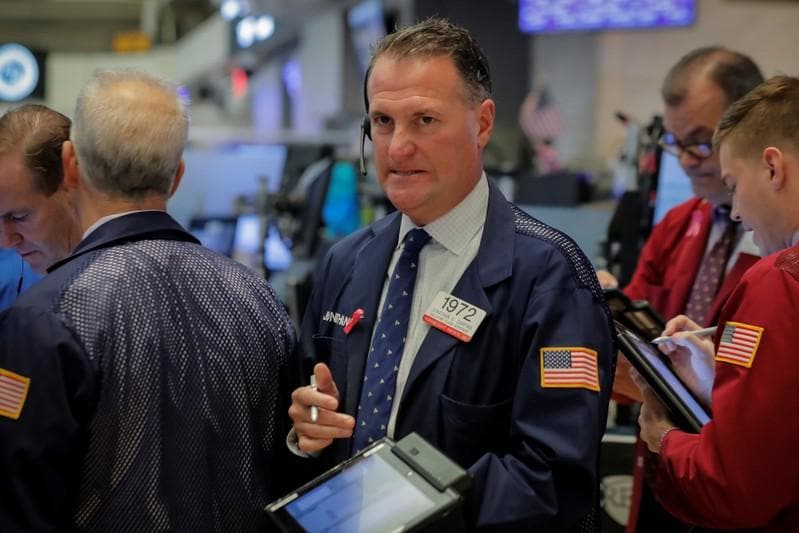 Stocks, already under pressure from rising borrowing costs, were further weighed by concern over a simmering U.S.-Sino trade war. Shanghai's benchmark index closed at a near four-year low and China's premier warned of risks to the economy.

European shares were little changed and the S&P 500 was on track to fall for the ninth session in the past eleven.

That reinforced expectations that U.S. yields will rise further despite President Donald Trump's view that the Fed is tightening too much.

"If interest rates continue to move higher from their current levels, investors will become even more reluctant to buy the dips in stocks," Hussein Sayed, chief market strategist at FXTM, wrote in a note.

The pan-European STOXX 600 index rose 0.04 percent and MSCI's gauge of stocks across the globe shed 0.37 percent.

Emerging market assets were weighed by the rising dollar.

"The last thing emerging markets, or the U.S. yield curve or equities, want is a reminder that U.S. rates are going to keep going up," Rabobank analysts told clients in a note.

The greenback slightly extended the previous day's gains against a basket of its rivals on the Fed's perceived hawkish stance.

In its semi-annual currency report, the U.S. Treasury Department said a recent depreciation of China's yuan currency will likely exacerbate the U.S. trade deficit, and U.S. officials found Beijing appeared to be doing little to directly intervene in the currency's value.

"Stocks are building," said Olivier Jakob, oil analyst at Petromatrix. "It's a continuous trend. Week after week, it does start to add up."

In the Treasuries market, the 10-year yield hit a one-week high on worries about the number of interest rate increases from the Fed.