By Lewis Krauskopf NEW YORK (Reuters) - Italy's borrowing costs jumped on Wednesday and the country's stocks slid after reports that the two parties seeking to form Italy's next government might seek debt forgiveness, while the U.S. 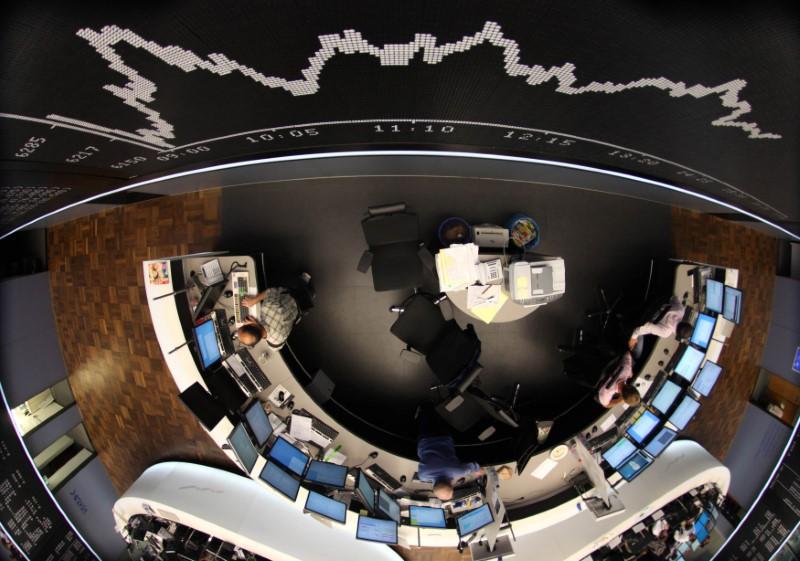 NEW YORK (Reuters) - Italy's borrowing costs jumped on Wednesday and the country's stocks slid after reports that the two parties seeking to form Italy's next government might seek debt forgiveness, while the U.S. dollar rallied further to a five-month high.

Investors were digesting Tuesday's surge in U.S. bond yields on the heels of a retail sales report that fueled the dollar and hurt stocks.

The benchmark 10-year yield held well above 3 percent after bursting through key technical levels on Tuesday.

“As yields go up, they start to be a little bit more competitive with risk assets and with stocks in particular.”

In Italy, investors seized on a report that the anti-establishment 5-Star Movement and the far-right League party plan to ask the European Central Bank to forgive 250 billion euros ($296 billion) of Italian debt, according to a draft the parties are working on.

"It's right to resonate with markets because it tells you about the sense of the wisdom between these negotiating parties," said Chris Scicluna, head of economic research at Daiwa Capital Markets.

Other major European stock markets were higher, and the pan-European FTSEurofirst 300 index rose 0.19 percent, supported by the weaker euro.

MSCI's gauge of stocks across the globe gained 0.26 percent.

North Korea threw next month's summit between Kim Jong Un and U.S. President Donald Trump into doubt by saying it may reconsider if Washington insists it unilaterally gives up its nuclear weapons.

"Investors have gotten sort of used to this. Whether we are talking about North Korea or the trade discussions with China ... I think investors are recognizing we are at the beginning of the beginning of this, so it’s not anything to make dramatic portfolio moves or any significant bets on,” Nixon said.

U.S. Treasury yields were little changed with the 10-year yield hovering near a seven-year high.

The dollar index, which measures the greenback against a basket of six other currencies, rose 0.13 percent to 93.340 after rising to 93.632 during the session, its highest since mid December. The euro was down 0.27 percent to $1.1805.