By Rodrigo Campos NEW YORK (Reuters) - Stocks across the globe were little changed on Monday as upbeat industrial data out of China and hopes for more stimulus in the United States were offset by jitters over tensions between Washington and Beijing. Technology stocks fell after a run of recent gains, while crude oil prices jumped. Industrial output in China is returning to levels before the coronavirus pandemic halted huge swathes of the economy, driven by pent-up demand, government stimulus and surprisingly resilient exports. 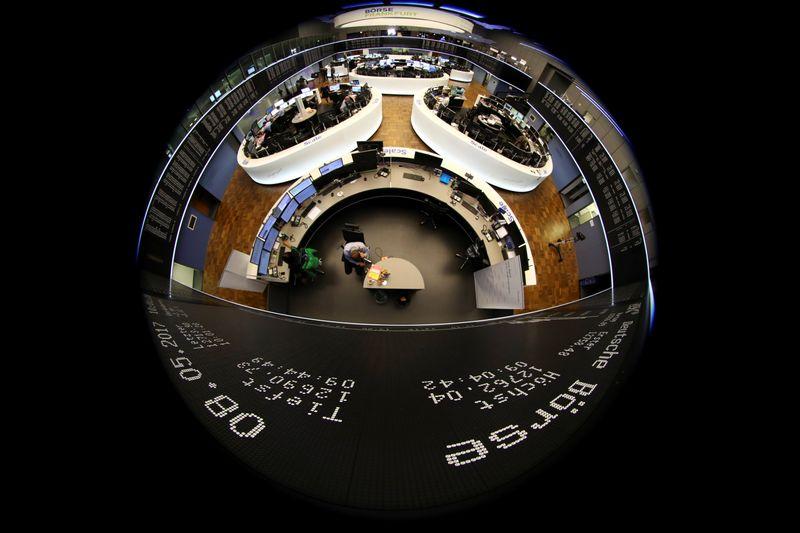 NEW YORK (Reuters) - Stocks across the globe were little changed on Monday as upbeat industrial data out of China and hopes for more stimulus in the United States were offset by jitters over tensions between Washington and Beijing.

Industrial output in China is returning to levels before the coronavirus pandemic halted huge swathes of the economy, driven by pent-up demand, government stimulus and surprisingly resilient exports.

On Wall Street, the Dow industrials touched a 5-month high but the Nasdaq fell as much as 1.5% after hitting a record high last week.

Tension between the United States and China ahead of scheduled trade talks at the weekend to review an agreement signed in January was being blamed for the lack of clarity in the market's direction.

Talks in Washington over a U.S. fiscal stimulus package caused further uncertainty for investors. House Speaker Nancy Pelosi and Treasury Secretary Steven Mnuchin on Sunday said they were open to resuming negotiations on aid for stricken businesses and workers.

President Donald Trump has sought to take matters into his own hands, signing executive orders and memorandums aimed, among other things, at unemployment benefits, although they were smaller than the package that had been in place for weeks.

Oil rose, supported by the Chinese factory data, rising energy demand and hopes for an agreement in the United States on more coronavirus-related economic stimulus.

"The oil complex is heavily reliant on that aid. We need people to be able to boost economic activity to spur demand," said John Kilduff, partner at Again Capital in New York.

The greenback ticked up against a basket of peers after posting its seventh consecutive weekly loss on Friday. Traders focused on fiscal stimulus in the United States and U.S.-China tensions ahead of trade talks on Aug. 15.

"The longer-term outlook continues to be great on the euro, so you'll probably see people buying on dips," said Ed Moya, senior market analyst at OANDA in New York.

“There is a growing recognition that the recovery has stalled,” said Jon Hill, an interest rate strategist at BMO Capital Markets in New York. “The question is, is that stall going to turn into more of a pause, or a more ominous retrenchment?”