By Trevor Hunnicutt NEW YORK (Reuters) - Fears that monetary policymakers in the U.S. and Japan will scale back support for the economy sent quivers through debt markets on Monday, while U.S. 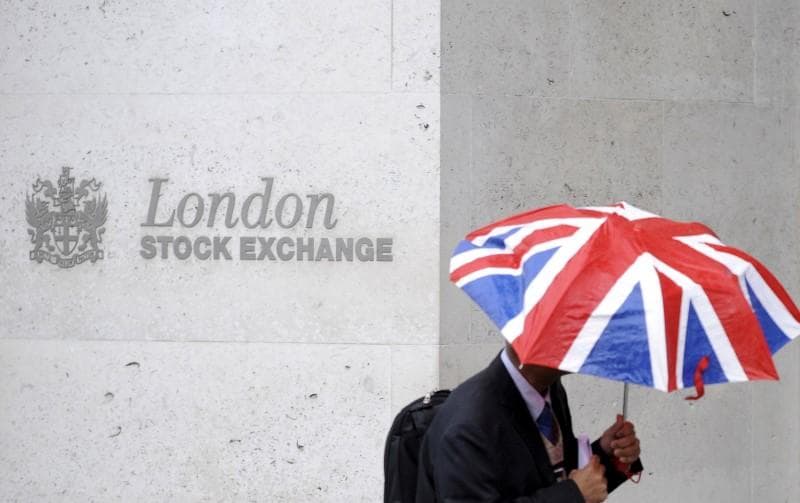 NEW YORK (Reuters) - Fears that monetary policymakers in the U.S. and Japan will scale back support for the economy sent quivers through debt markets on Monday, while U.S. stocks gained ahead of major company earnings reports.

Bond yields climbed as the Federal Reserve was seen as likely to continue raising interest rates despite criticism from U.S. President Donald Trump and after a Reuters report that the Bank of Japan (BoJ) was discussing modifying its huge stimulus program sent Japan's 10-year bond yield to a six-month high.

The report rekindled anxieties about how much monetary policymakers will continue supporting economies around the world and piled further pressure on investors already struggling to navigate rising protectionism.

U.S. 10-year Treasury yields hit their highest in a month and traded at 2.9597 percent, following a rise in Europe's benchmark 10-year German Bund.

"You're sitting right in the dead of summer," he said.

"I don't think the super-heroes are on the [trading] desks right now. They're probably on the beach."

The dollar index rose 0.14 percent off two-week lows it hit after Trump criticized the Federal Reserve's rate hikes and accused the European Union and China of manipulating their currencies.

Beijing said it has no intention of devaluing the yuan to help exports.

"We see the latest news on trade policy as pointing to continued high risk of escalation between the U.S. and China, and a renewed focus of the Trump Administration on currency matters," Goldman Sachs analysts said.

Trump's warnings about excessive interest rate hikes last week also widened the gap between short and long-term Treasury yields. That "steepening" of the yield curve continued on Monday, with yields on 30-year Treasuries more than 0.46 percentage points higher than their 2-year counterparts, the biggest gap in nearly a month.

Short-end yields are influenced by U.S. monetary policy, and longer-term government bonds are driven by more by inflation and growth expectations. A shrinking gap between yields this year has been seen as a possible sign of a coming recession.

Trump's threats to slap duties on all $500 billion of U.S. imports from China triggered selloffs across global stock markets that hit market-leading technology names, such as Amazon.com Inc.

Yet U.S. equities largely dodged threats of further American tariffs on China, rising ahead of potentially blockbuster earnings. Financials stand to benefit from a steeper curve because they borrow at short-term rates and lend over longer time periods.

MSCI's gauge of stocks across the globe shed 0.03 percent, with stocks broadly lower across Europe, Asia and emerging markets.

Investors are bracing for a packed earnings week, including results from Google parent Alphabet, and a meeting between European Commission President Jean-Claude Juncker and Trump to discuss threatened tariffs.

Oil lost strong early gains on U.S.-Iran tensions after traders weighed the risk that Saudi Arabia and other large producers could ramp up production ahead of a November deadline for other countries to comply with U.S. sanctions on Iranian crude sales.

In metals, both copper and gold neared one-year lows. Copper - among the most sensitive to trade tensions - lost 0.16 percent, trading at $6,137.50 a tonne.

Spot gold, hit by a strong greenback that makes the metal priced in dollars more expensive to foreign buyers, dropped 0.6 percent to $1,224.01 an ounce.