By Hideyuki Sano TOKYO (Reuters) - Asian shares were on course for a second straight week of losses on Friday as the release of a whistleblower complaint against U.S. President Donald Trump heightened uncertainties about the global economy, already reeling from Sino-U.S 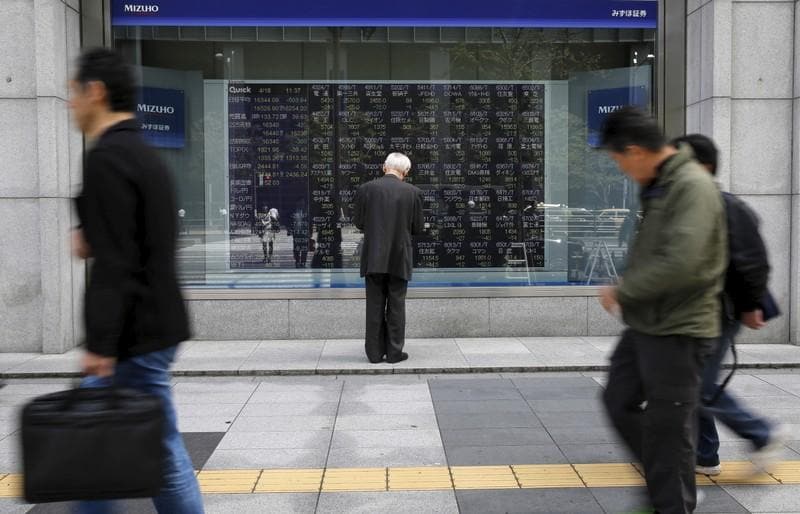 TOKYO (Reuters) - Asian shares were on course for a second straight week of losses on Friday as the release of a whistleblower complaint against U.S. President Donald Trump heightened uncertainties about the global economy, already reeling from Sino-U.S. trade war.

A whistleblower report released on Thursday said President Donald Trump not only abused his office in attempting to solicit Ukraine's interference in the 2020 U.S. election for his political benefit, but that the White House tried to "lock down" evidence about that conduct.

The report came after the U.S. House of Representatives Speaker Nancy Pelosi launched an impeachment inquiry into him this week.

"The start of the impeachment inquiry adds a new element of uncertainties to markets, in addition to ongoing concerns about the U.S.-China trade war and the risk of a U.S. recession," said Norihiro Fujito, chief investment strategist at Mitsubishi UFJ Morgan Stanley Securities.

"While no one thinks the Senate will vote for his impeachment given the Republican majority there, we could see more new revelations during a long investigation process," he added, noting that U.S. stocks fell considerably when former President Bill Clinton was impeached.

On trade issues, news headlines were too mixed for investors to show a clear reaction.

The damage is already evident with Micron Technology Inc

In the currency market, the euro flirted with 2 1/2-year lows amid concerns about sluggish growth in the currency bloc, with fear of recession in its powerhouse, Germany.