By Zandi Shabalala and Helen Reid LONDON/JOHANNESBURG (Reuters) - Glencore boss Ivan Glasenberg is to step down next year and Gary Nagle, head of coal assets at the mining and trading group, will become the new CEO. Glasenberg's departure next year will mark a shift to a new, younger leadership for the business 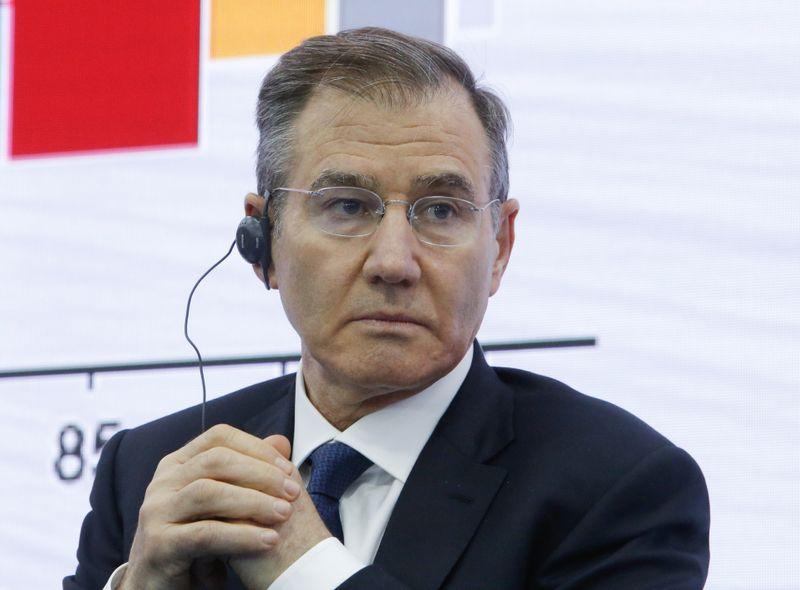 By Zandi Shabalala and Helen Reid

LONDON/JOHANNESBURG (Reuters) - Glencore boss Ivan Glasenberg is to step down next year and Gary Nagle, head of coal assets at the mining and trading group, will become the new CEO.

Glasenberg's departure next year will mark a shift to a new, younger leadership for the business. Glasenberg, 63, has been chief executive since 2002 and investors have been expecting a succession plan after several senior members of management retired in the last few years.

"The board has worked with Ivan over the past two years to oversee a seamless transition to the next generation of leadership across Glencore's business," chairman Tony Hayward said.

Nagle, a 45-year old South African, takes over a company facing pressure from investors to cut carbon emissions. He has held senior roles in coal and ferroalloys in Colombia, South Africa and Australia.

"We have decided that over the next six months I will be working closely with Gary Nagle who will be taking over from me," Glasenberg said on a call. "Gary started with me in the coal division 21 years ago."

Also on Friday, Glencore announced plans to reach net-zero emissions by 2050 by reducing its direct and indirect carbon footprint by 40% by 2035 compared with last year's levels.

Miners are under pressure to cut carbon emissions as part of global efforts to slow down climate change, with investors turning up the heat by divesting and asking for more disclosure.

Glencore said it would focus on investing in metals that were vital for the transition to a lower carbon world such as cobalt, nickel and copper.

Glasenberg kept the door open for a possible future spin-off of the company's coal assets under the next CEO.

"We take the view we are the better custodian [of coal]... but if shareholders believe it is a better route to sell it off or spin it out or create a pure coal company, I'm sure Gary would follow that path."

Elsewhere in the industry, BHP and Rio Tinto have also targeted net zero emissions by 2050 while Anglo American's goal is 2040.

Glencore's coal assets account for 5% of revenue and 10% of core earnings or EBITDA.

The miner remains the world's largest coal exporter and said it did not believe that selling its coal mines would help to reduce associated emissions.

Glencore plans to reinstate its dividend at its full-year results after scrapping a $2.6 billion shareholder payout in August, CFO Steven Kalmin said.