(Reuters) - U.S. antiviral drugmaker Gilead Sciences will invest $5.1 billion in a major expansion of its partnership with Belgo-Dutch biotech Galapagos NV , news that lifted Galapagos's shares more than 18% to an all-time high on Monday. 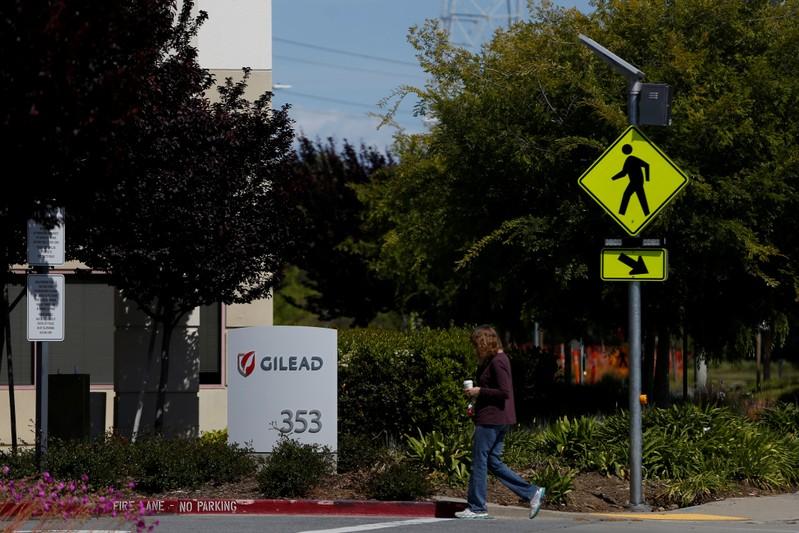 The move will bring Gilead's new chief executive Daniel O'Day growth opportunities in Galapagos's specialist areas including fibrosis and arthritis, and give Galapagos deep funds to develop and commercialize its drugs.

The two companies are going after inflammatory conditions, one of the most lucrative areas in the pharmaceuticals industry.

As part of the deal, Gilead will spend $1.1 billion to lift its Galapagos stake to 22% from 12.3%. The rest of the investment will be used to develop and commercialize its treatments for a 10-year period, the companies said.

"We chose to partner with Galapagos because of its pioneering target and drug discovery platform, proven scientific capabilities and outstanding team," O'Day said in a statement.

Galapagos, which has more than 500 scientists, is part of a thriving biotech scene centred around Belgium, fuelled by tax breaks and other incentives, with companies spun out of universities now listed on the local stock exchange.

Galapagos's most advanced drug in development is filgotinib, an experimental compound being advanced for rheumatoid arthritis and inflammatory bowel disease that Gilead intends to submit to the U.S. Food and Drug Administration this year.

The two companies first partnered four years ago to develop a drug targeting inflammatory diseases, with Gilead paying more than $2 billion for the development of filgotinib, as well as an equity stake in the European firm.

Gilead is paying a 10% premium to Friday's closing price for the increased stake in Galapagos, but has a 10-year standstill agreement preventing it from raising its stake above 29.9%.

"We see a logical rationale for the deal and believe that over time the closer relationship should help both companies," RBC analyst Brian Abrahams wrote in a note, reiterating his "buy" recommendation on Gilead stock.

Galapagos said it would also seek shareholder approval to allow Gilead to further increase its ownership to up to 29.9%.

The companies will share future development costs for filgotinib equally, replacing the 80-20 cost split provided by the original agreement, they said, with Galapagos gaining a broader role in the treatment's commercialisation in Europe.

Gilead will get access to Galapagos's drug pipeline outside of Europe.

Gilead will nominate two people to Galapagos' board.

(Reporting by Ismail Shakil in Bengaluru; Additional reporting by Shubham Kalia, Phil Blenkinsop in Brussels and John Miller in Zurich; Writing by Georgina Prodhan in London; Editing by David Evans)