By Michael Nienaber and Andreas Rinke BERLIN (Reuters) - Germany and France have broadly agreed a detailed proposal for a new euro zone budget and will present their final joint position in the coming days, German Finance Minister Olaf Scholz said on Wednesday. A Franco-German accord would pave the way for a breakthrough in the wider group of euro zone finance ministers who will discuss the set-up of the new but disputed tool next month 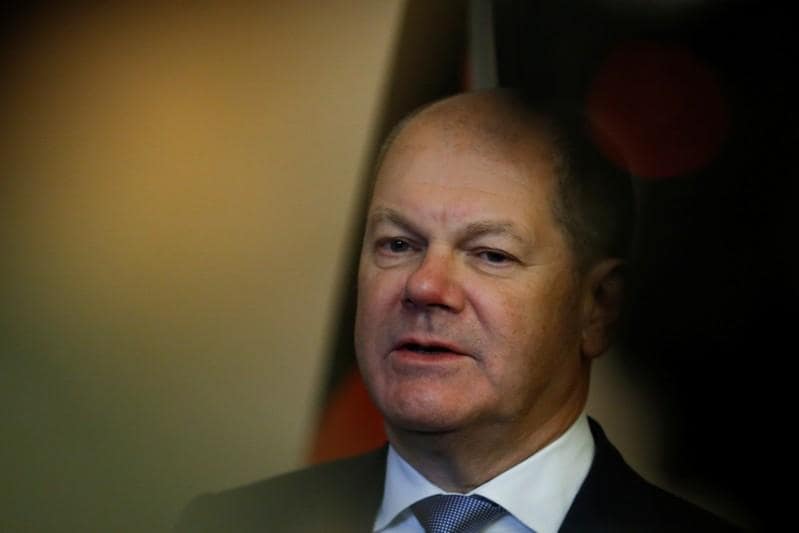 By Michael Nienaber and Andreas Rinke

BERLIN (Reuters) - Germany and France have broadly agreed a detailed proposal for a new euro zone budget and will present their final joint position in the coming days, German Finance Minister Olaf Scholz said on Wednesday.

A Franco-German accord would pave the way for a breakthrough in the wider group of euro zone finance ministers who will discuss the set-up of the new but disputed tool next month.

"We are very close," Scholz said after meeting his French counterpart Bruno Le Maire on Tuesday evening in Berlin.

"We had a good discussion yesterday which led to us being sure that we can get it together by the end of this week or the beginning of the next, and then we'll present it to our other friends in Europe," he told reporters.

France would like the money to be available to stabilise the euro zone economy against shocks, to boost its competitiveness and to help European Union countries converge economically.

Berlin wants the euro zone budget to be part of the broader, seven-year EU budget with disbursement of funds strictly linked to the implementation of structural reforms, according to a German government document seen by Reuters.

This means the new instrument would not be available before 2021 when the next EU budget will come into force. It also means that the size of the budget would be determined in negotiations for the next EU budget which are to kick off later this year.

The Netherlands and some other northern EU countries doubt there is financial need for a euro zone budget at all. Germany has tried to be a bridge builder with its preference for a tight budget with payments hinging on structural reforms.

Such reforms could include reducing social welfare and bloated public services, improving tax collection and pushing ahead with privatisation of state assets.

Scholz said France and Germany were "very united" on the matter and only some minor issues had to be resolved in the coming days. "It's just some more work on the wording now."

The German government positon paper said the euro zone budget should be for "convergence and competitiveness" of the 19 countries that share the common currency and, on a voluntary basis, those that are locked into the Exchange Rate Mechanism II - the two-year waiting room for joining the euro.

The main idea is that the new tool should set incentives and reward those countries that successfully implement economic reforms as recommended by the European Commission.

In addition to the current contributions of member states to the EU budget, Germany suggests that countries could also pay into the new tool on the basis of an intergovernmental agreement, according to the position paper.

Such externally assigned revenues could come for example from the planned financial transaction tax, it said.

France, representing the most ambitious view, has been pushing hard for a large, separate pool of money for the euro zone, financed from dedicated taxes and national contributions.