By Ankit Ajmera and Manas Mishra (Reuters) - Shares of General Electric Co surged more than 15 percent on Monday after the industrial conglomerate said it would sell its biopharma business to Danaher Corp for $21.4 billion, its first major asset sale under new Chief Executive Officer Larry Culp. The deal will provide GE with a much-needed cash infusion as the maker of power plants and aircraft engines struggles to pay off billions of dollars of debt and insurance liabilities 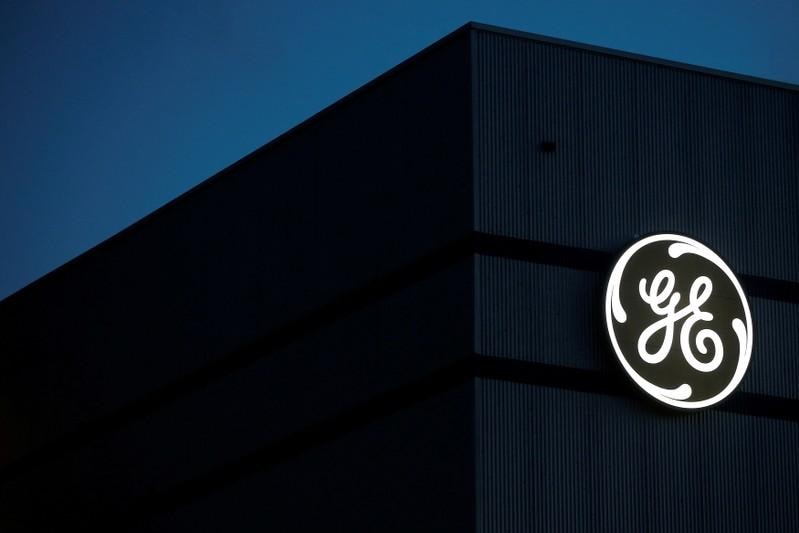 By Ankit Ajmera and Manas Mishra

(Reuters) - Shares of General Electric Co surged more than 15 percent on Monday after the industrial conglomerate said it would sell its biopharma business to Danaher Corp for $21.4 billion, its first major asset sale under new Chief Executive Officer Larry Culp.

The deal will provide GE with a much-needed cash infusion as the maker of power plants and aircraft engines struggles to pay off billions of dollars of debt and insurance liabilities.

The company, once a symbol of American business power and management prowess, has struggled with crisis-era losses linked to its finance arm, forcing it to divest its non-core businesses and return to its industrial roots.

While divestitures have given the company funds to rebuild itself, its more than $100 billion debt and stagnating growth have left investors and Wall Street analysts concerned about its prospects.

But Culp's appointment in October rekindled hopes of GE's return to profitability, with its shares up 34 percent this year.

Culp said on Monday the sale to Danaher, where he was instrumental in revitalizing the company as its CEO, was a pivotal milestone in efforts to turn around the 126-year old conglomerate.

"It demonstrates that we are executing on our strategy by taking thoughtful and deliberate action to reduce leverage and strengthen our balance sheet," Culp said in a statement.

The biopharma sale also propelled a broad rally in GE's roughly $120 billion of bonds, which had taken a pounding in late 2018 as it became clear that earlier restructuring efforts were falling short and that the company would need to take more aggressive action to address its debt load in particular.

"(Larry Culp) has earned his stripes. It is clear that nobody in his job before him - John Flannery or Jeff Immelt - would have probably been able to pull off this transaction with Danaher," William Blair & Co analyst Nicholas Heymann said.

"And the price Danaher is paying GE is two times our expectations. This is a home run. It really turns the page now for GE to address liquidity concerns," Heymann adds.

Until recently, the company had plans to spin off the entire healthcare unit. Culp, however, said in January GE would sell nearly half of the unit.

Sources familiar with the matter told Reuters on Monday that GE will put the initial public offering of the unit on hold until the deal with Danaher closes, expected in the second half of the year.

This would mean that GE is likely to retain access to the earnings and cash flows of the remaining healthcare businesses for a longer period of time, alleviating some cash concerns, even as the power business struggles, said Rene Lipsch, lead GE analyst at Moody's.

The purchase is also the biggest yet for Danaher, which has a history of deal-making, and half of its revenue has come from companies it has acquired in the past seven years.

The deal will expand Danaher's presence in the biopharma industry, providing it with access to tools for research and development of drugs. Shares of the medical equipment maker rose more than 9 percent to a record $124.07.

Danaher expects to add 45 cents to 50 cents per share to its adjusted profit in the first full-year after the deal closes, and does not expect any "significant" anti-trust challenges.

"These are really complementary businesses when you look across the portfolio of the product line on GE biopharma's side and our side," said Danaher's Chief Executive Officer Thomas Joyce on a call with analysts.

The biopharma business accounted for 15 percent of GE's healthcare business revenue in 2018. It makes instruments and software that support the research and development of drugs.

The announcement also further eased concerns about GE's solvency that had grown markedly last year, reflected in a surge in the price for GE credit default swaps (CDS) during the fourth quarter, a form of insurance against default. On Monday, GE's CDS prices sank to their lowest since mid-October.

GE, which reported lower-than-expected fourth-quarter profit in January, is expected to provide its 2019 outlook on a call on March 14.

(Reporting by Ankit Ajmera and additional reporting by Rachit Vats in Bengaluru and Dan Burns in New York; Editing by Saumyadeb Chakrabarty and Sweta Singh)