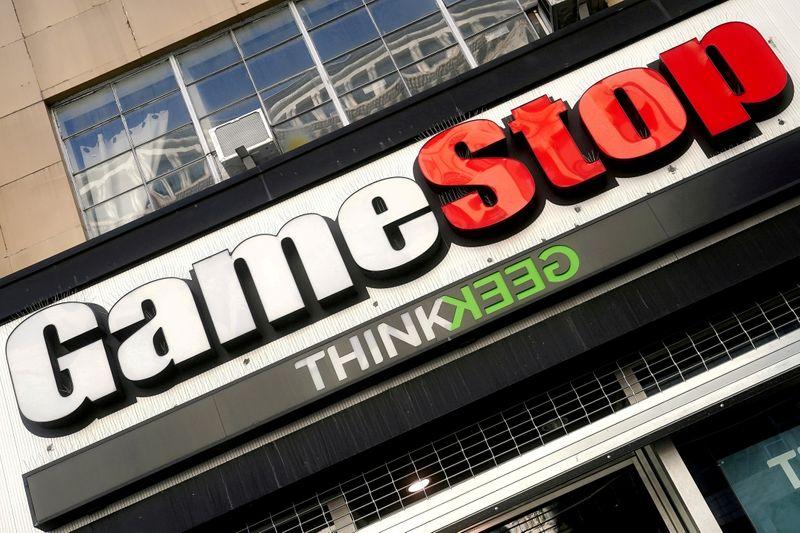 (Reuters) - GameStop Corp on Monday increased the value of new stock it may sell from $100 million to $1 billion, as the U.S. video game retailer seeks to capitalize on a surge in its shares from a Reddit-driven rally this year.

GameStop stock has rampaged over 900% higher since January in highly volatile trading as amateur investors organized on social media sites such as Reddit staged a stubborn buying spree, winning out over Wall Street hedge funds that had shorted its shares.

The company has not sold any new shares since the frenzy started, mainly because security laws prevented it from doing so without disclosing its latest financial information, Reuters reported in February.

GameStop reported fourth-quarter earnings on March 23, and on Monday it published unaudited sales results for its fiscal first quarter to date, to bring investors up-to-date with its financial situation.

GameStop said it may sell up to 3.5 million shares worth no more than $1 billion, and use the proceeds to hasten its shift to e-commerce in an overhaul being led by billionaire Ryan Cohen, GameStop's biggest shareholder and board member.

In a regulatory filing for the offering, Grapevine, Texas-based GameStop addressed the extreme gyrations in its shares in the last three months, which have swung from as low as $19.94 to as high as $347.51.

"During this time, we have not experienced any material changes in our financial condition or results of operations that would explain such price volatility or trading volume," GameStop said.

GameStop had registered in December with the U.S. Securities and Exchange Commission (SEC) to sell $100 million worth of stock through an at-the-market offering (ATM), which it never deployed.

The company said on Monday that global sales for the nine-week period ending April 4 rose about 11%.

"A lot of interested parties have been asking about when GameStop would do something like this," Telsey Advisory Group analyst Joseph Feldman said.

"The stock has remained elevated so the company is taking advantage of the access to capital."

The prospectus for the new $1 billion ATM offering filed with the SEC replaces the previous $100 million proposal. The ATM program allow GameStop to sell stock over a prolonged period of time.

(Reporting by Uday Sampath, Shivani Kumaresan and Tiyashi Datta in Bengaluru, and Joshua Franklin in Boston; Editing by Saumyadeb Chakrabarty and Arun Koyyur)