G20 pledges to do 'whatever it takes' to support global economy

By Jan Strupczewski, Christian Kraemer and Andrea Shalal BRUSSELS/BERLIN/WASHINGTON (Reuters) - Financial leaders from the Group of 20 major economies on Wednesday underscored the urgent need to bring the spread of the coronavirus pandemic under control, and vowed to 'do whatever it takes' to support the global economy and financial stability. In a lengthy communique, G20 finance ministers and central bank governors also agreed in principle for the first time on a 'Common Framework' to deal on a case-by-case basis with the rising number of low-income countries facing debt distress. 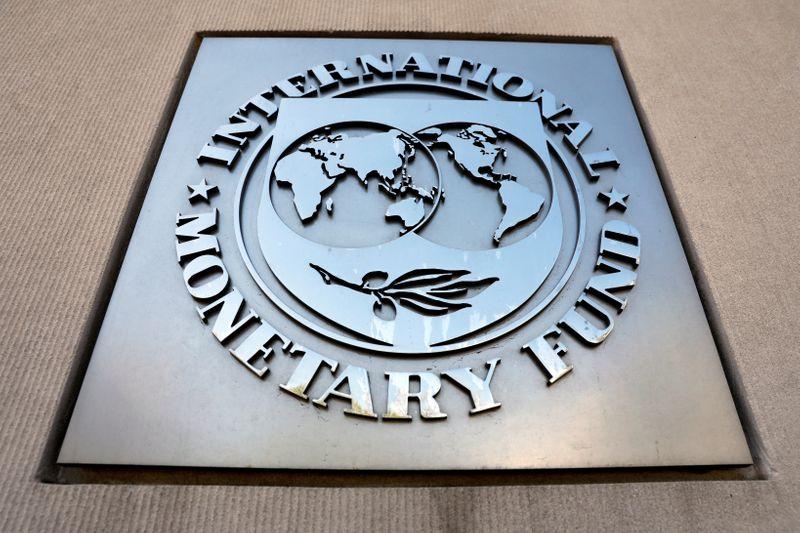 pandemic under control, and vowed to "do whatever it takes" to support the global economy and financial stability.

In a lengthy communique, G20 finance ministers and central bank governors also agreed in principle for the first time on a "Common Framework" to deal on a case-by-case basis with the rising number of low-income countries facing debt distress.

That marks a significant step forward for China, which has become a major creditor to poor countries in recent years, but had balked at the prospect of writing off any debts, according to sources familiar with the G20 deliberations.

G20 officials also agreed - as expected - to extend by six months the Debt Service Suspension Initiative (DSSI) that freezes official bilateral debt payments until year-end, and said they would consider another six-month extension in April.

"The common framework is a historic achievement and a major breakthrough in the international debt agenda. It facilitates timely and orderly debt treatment for DSSI-eligible countries, with participation of broad creditors, including the private sector," Mohammed al-Jadaan, finance minister of current G20 chair Saudi Arabia, told an online news conference during the annual meetings of the International Monetary Fund and World Bank.

Fresh economic forecasts reveal a troubling divergence between advanced economies, which are starting to recover from the pandemic and widespread lockdowns, and developing countries and emerging market economies, which face more dire straits and the growing risk of defaulting on their debts.

The new debt restructuring framework will be finalized at an extraordinary meeting before a G20 leaders summit next month, according to the communique issued after a virtual meeting. An earlier draft had the ministers adopting the framework, but officials were unable to reach agreement on that step this week.

Officials again expressed disappointment about the continued absence of private-sector participation in the moratorium, and urged commercial lenders to join in when asked by countries.

IMF Managing Director Kristalina Georgieva said only three eligible countries had even reached out to private creditors out of fear of undermining their credit ratings or ability to tap capital markets in the future.

Georgieva lauded China's involvement, and said Beijing had acknowledged it needed to "mature domestically" in how it handled coordination of its own lenders.

World Bank President David Malpass and others have criticized China for failing to include the state-owned China Development Bank as an official lender in DSSI requests.

G20 finance officials said the overall global economic outlook was less negative, with economic activity picking up in some areas. But they said the recovery was "uneven, highly uncertain and subject to elevated downside risks."

They pledged to continue to address the disproportionate impact the crisis is having on women, young people and other vulnerable segments of society.

Malpass told G20 officials it was critical to look beyond the DSSI initiative, which only defers payments but doesn't reduce them, citing a rising risk of "disorderly defaults."

He said the urgency of the crisis - which threatens to push 150 million more people into extreme poverty by 2021 - required more forceful action on debt reduction for indebted poor states.

"The recession in advanced economies is less severe than had been feared, but in most developing economies, it has become a depression, especially for the poorest," he said.

Malpass urged G20 leaders to back a plan for a supplemental $25 billion in emergency aid for the International Development Association, a division of the World Bank that helps the poorest countries.

G20 finance officials urged the IMF and the Bank, and other multilateral development banks, to keep looking for options to help struggling countries, but failed to back a broader issuance of new Special Drawing Rights, the IMF's currency, which would be akin to a central bank printing money.

The United States, the IMF's largest shareholder, has firmly opposed such a move, which is widely supported elsewhere.

There was also no mention of climate change in the communique, after the United States once again blocked its inclusion, sources familiar with the talks said.

Georgieva said green investments could add millions of jobs, and called for more international cooperation on a vaccine for COVID-19

, noting that early progress could boost global income by $9 trillion by 2025. The United States has refused to support the global COVAX scheme working to distribute COVID-19

"Nine months into the pandemic, we are still struggling with the darkness of a crisis that has taken more than a million lives, and driven the economy into reverse, causing sharply higher unemployment, rising poverty, and the risk of 'a lost generation' in low-income countries," she said.

"A durable economic recovery is only possible if we beat the pandemic everywhere," she said.

Another senior IMF official said the United States should provide more fiscal support to its economy to boost growth. But U.S. Treasury Secretary Steven Mnuchin on Wednesday downplayed the prospect of reaching a deal with Congress ahead of the Nov. 3 presidential election.

"The longer it is dragged on, it just creates uncertainty, and that itself is damaging," he said.

(Reporting by Andrea Shalal in Washington, Christian Kraemer in Berlin and Jan Strupczewksi in Brussels; additional reporting by Leigh Thomas in Paris, David Lawder in Washington, Marc Jones in London and Davide Barbuscia in Dubai; Editing by Chizu Nomiyama and Paul Simao)