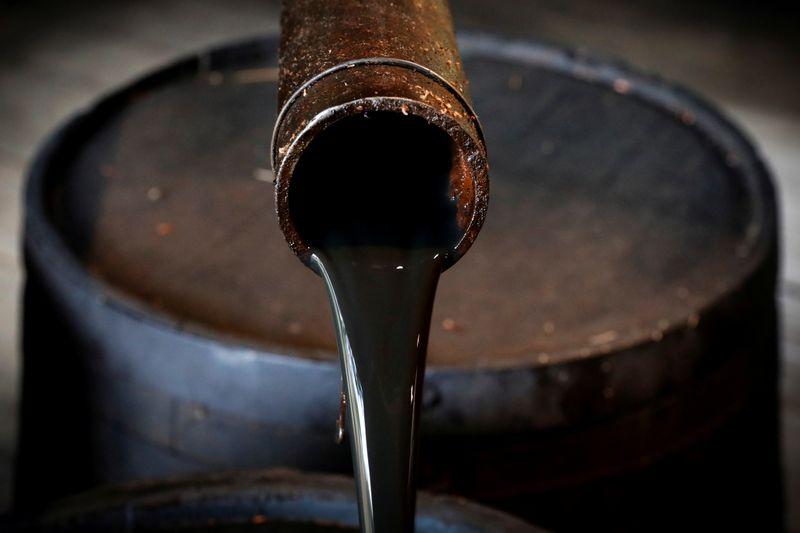 LONDON (Reuters) - The world's largest oil traders are pouring hundreds of millions of dollars into climate-friendly projects - including wind farms, cow manure plants and blue hydrogen - as they seek to match the profits they make from trading oil.

The energy industry as a whole faces an existential threat from the shift to a lower carbon future and faces growing pressure from investors, governments, activists and financiers to find a sustainable business model.

For oil trading houses, the challenge is more acute, as their profit margins have already shrunk due to increased competition, regulatory scrutiny and growing industry transparency.

But like the big international oil companies they have yet to figure out what could become their new business model for an environmentally-friendly future.

"Nobody has figured out how to make money yet," Jean-Francois Lambert of consultancy Lambert Commodities said. "Trading firms are now testing the waters."

Traders make a living by exploiting niche high-margin opportunities to supply energy and commodities, doing business that other companies either fail to spot or find too risky.

Those opportunities are scant in the renewables sector.

"Renewable projects are reaching a scale which makes them attractive investment propositions, but there is a lot of capital chasing a limited number of projects," Vitol Chief Executive Russell Hardy said. "Finding the right project at the right price is not easy."

Changes in the financial services industry are also giving the search for new business a sense of urgency.

French bank Natixis, for example, was the first to introduce internal financial penalties in September on deals that are not environmentally friendly.

The bank said deals classed as "green" would receive a reduction of up to 50% on the amount of capital the bank must retain to back them, known as risk weighted assets. A deal that is not environmentally-friendly, so-called "brown", will face an increase in risk weighting by up to 24%.

"Minimum standards for regular loans are getting tougher and tougher too. There's pressure (on traders) from non-governmental organisations and banks," one of the banking sources said.

"Also it's an HR question - what millennial wants a big bonus from a dirty industry?"

Power trading is one way to capture the renewables shift as varying sources will create new dislocations.

"There will be a shift from molecules to electrons, worldwide EVs (electronic vehicles) will add an incremental 250GW per hour of demand by 2030,” Vitol's Hardy said.

Vitol and Geneva-based Mercuria already have active power teams but others are just starting. Trafigura opened its first power and renewables trading desk in November and in January, Gunvor Group restarted power trading with a dedicated desk in London.

"The power industry has similarities with the way the oil industry operates including regional dislocations which traders are known for helping to fill," Trafigura chief executive Jeremy Weir told Reuters in Davos.

He also said shipping accounted for 89% of Trafigura's carbon emissions and that the wider industry would need to set a benchmark for tracking this carbon footprint.

At the end of last year, Trafigura invested in a green hydrogen firm and made its first ever investment in a solar project in Mali this month.

Vitol has set up an internal working group to examine new renewable energy technologies and ways in which the business can participate in a lower-carbon economy.

The firm has allocated $300 million for renewables investment with more than $200 million already allocated, the company said in October.

Separately, Vitol has set up solar farm capacity in the United States and has a major wind project in Ukraine through a joint venture VLC Renewables.

The wind farm will produce 500 MW of power and when finished will be among the top five largest onshore wind generators.

Vitol is part of the Humber Zero project in Britain to turn the Humber River estuary into the country's first zero carbon cluster by 2040.

The company will produce "blue" hydrogen for power at its 1.2 GW Immingham power plant to feed the Humber and Lindsey oil refineries. The plan is awaiting government approval.

Blue hydrogen, produced from natural gas, can be used as a low-carbon source for power generation.

Other similar projects exist but the costs are too high for widespread use.

"Per unit of energy, hydrogen supply costs are 1.5 to 5 times those of natural gas ... The development of hydrogen infrastructure is a challenge and is holding back widespread adoption," a report by the International Renewable Energy Agency from September 2019 said.

Vitol has invested in several start-ups, including firms that turn coal and plastic waste into fuel. In Idaho, it has invested in a cow manure "bio digester" that produces 700,000 cubic feet of bio methane per day.

Mining and trading firm Glencore has capped coal output and is reducing diesel generation at some of its remote mines by using hydroelectricity, wind and electronic vehicles.

Trafigura and Glencore are focusing on ingredients for EV batteries. Trafigura has invested in Finnish mining firm Terrafame to produce nickel and cobalt.

Geneva-based Gunvor Group plans to invest hundreds of millions to reduce carbon exhaust at its three European refineries and add a biofuel unit at one of its refineries that will use excess hydrogen.

Biofuels will be a focus after it bought two Spanish plants that turn waste oils, like cooking oil, into biofuel this year.

"The energy transition will be harder and longer than people think," Gunvor Chief Executive Torbjorn Tornqvist told Reuters, with oil demand growing though its percentage in the energy mix will fall.

"Gas must replace coal. Half the emissions would go just like that. We stepped back from coal trading for commercial reasons but now I won't go back into it out of conviction."