FRDI Bill: Deposit holders have always faced a certain level of risk, but that is how banking system works

One obviously reads how social media and technology have the power to breed beliefs only qualifiable as post-truth. Rare have been occasions when I have witnessed this phenomenon first hand.

The recent public outcry on deposits being "at risk" during a bank's liquidation -- due to the proposed Financial Resolution and Deposit Insurance (FRDI) Bill -- is astounding!

What started as an op-ed in a newspaper blandly-titled "Banking on legislation" -- published a full three months after the FRDI Bill was tabled -- vigorously picked up steam courtesy a dramatically-worded WhatsApp cover note which termed the bail-in clause as a "banking Armageddon amendment".

The sensationalist delivery has obviously worked, as one month later we have the Finance Minister of the country being forced to intervene and calm everyone's nerves. The political timing, on the other hand, should obviously give makers of "House of Cards" another reason to blush. 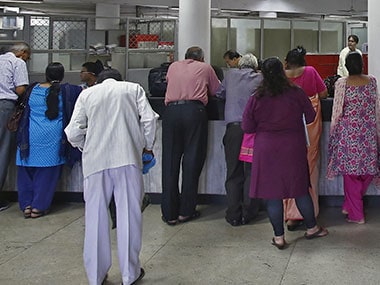 Coming back to the actual Bill, the only logical way to assess this issue is to see if depositors are going to be worse off with this document in the picture. Does the Bill dramatically change the status quo? And finally, does it change it for the better or for worse?

Deposits in the Indian banking system, much like the rest of the world, are treated as the most "senior" form of liability for a bank, and are hence supposed to take losses only after holdings of all the shareholders (ie holders of equity or regulatory capital); followed by all the creditors (ie who have extended wholesale funding to the bank) are wiped off during bad loan write-downs.

Therefore, savers have at the least two layers of protection before their assets are hit. Moreover, deposits amounting to a not-so-royal amount of Rs 1 lakh are mandatorily "protected" through "Deposit Insurance", even if the rest can theoretically suffer losses.

The marginal quanta of insured deposits, though inadequate and worrying, is a different debate altogether. In practical terms, the Reserve Bank of India (RBI), being the prudent institution that it is, would intervene much before any bank's capital (which is the top layer of protection for depositors) becomes dramatically low.

Now to the WhatsApp storm of November 17: Let's see what is so different about the FRDI Bill? Not much. All the Bill does is to formalise the process which already existed. Insured deposits will still be mandatorily protected. The cap of Rs 1 lakh has been suggested to be replaced by a flexible mechanism, where the insured sum is fixed by a newly-envisaged Resolution Corporation.

In any case, a revision was long due as a protection of Rs 1 lakh did not make much sense in 1993 when it was introduced, leave alone now. And yes, this process now has a name, i.e. "bail-in", which, its taboo-like reputation aside, is a standard term used in international precedents.

One can obviously debate and push for better protection of depositors through a wider insurance net -- but it is factually incorrect to allege that people's savings will come under an increased threat courtesy the introduction of the FRDI Bill.

The Bill is, in fact, a positive move, considering for the first time it sets in motion a separate mechanism for depositors' resolution when a contingency arises. What was part of the commercial model of banks is now being institutionalised and formally regulated.

All regulations aside, deposit holders have faced and will always face a certain level of risk, but that is how the banking system works. The key is to ensure a robust system of ownership, accountability and redressal.

Rest of the narrative is plain hyperbole.

(Nikhil Arora is CEO & Founder of Transfin. Views expressed are personal. He can be contacted at nikhil@transfin.in)