By Gilles Guillaume and Zuzanna Szymanska PARIS (Reuters) - France's Vinci is taking advantage of a Brexit hit to UK asset prices to buy a majority stake in Britain's second-busiest airport, London's Gatwick, for 2.9 billion pounds ($3.7 billion), the construction company said on Thursday. The deal to buy a 50.01 percent stake gives Vinci, which already runs 45 airports in 12 countries, access to the world's largest metropolitan aviation market and is part of the company's drive to expand its most promising businesses 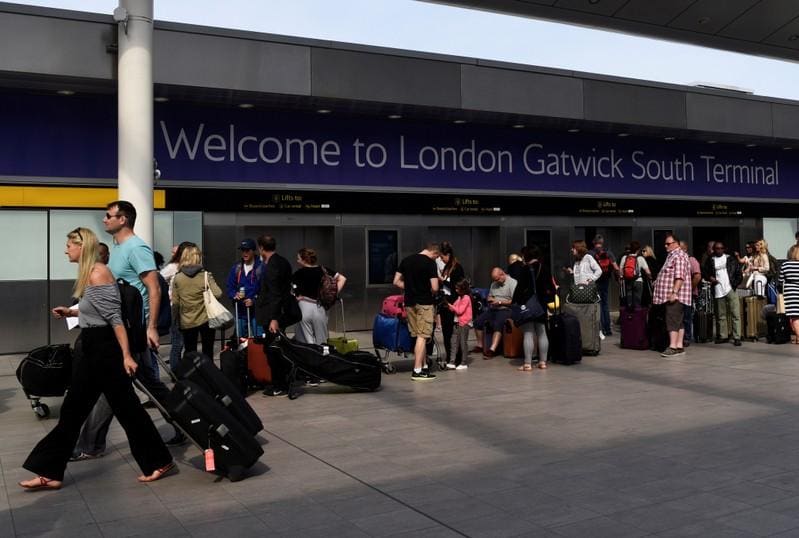 By Gilles Guillaume and Zuzanna Szymanska

The deal to buy a 50.01 percent stake gives Vinci, which already runs 45 airports in 12 countries, access to the world's largest metropolitan aviation market and is part of the company's drive to expand its most promising businesses.

Vinci Airports President Nicolas Notebaert signalled uncertainty over Britain's departure from the European Union next March had cut the price of buying into Gatwick, and forecast any hit to UK economic growth after Brexit was likely to be offset by a rise in tourism due to a weaker pound.

"Just a few months ago we would not even have dreamed of being able to acquire an unlimited licence in the London airports system for less than 20 times core earnings," he said on a conference call, referring to the price of the deal.

The acquisition is expected to close by June 2019.

It comes just days after drone sightings caused 36 hours of chaos for more than 100,000 travellers at Gatwick. CEO Stewart Wingate, who will remain in his role, said the airport was working to avoid a repeat of the disruption.

Thirty miles (48 km) south of London, Gatwick serves 228 destinations in 74 countries and is a major base for airlines including EasyJet and British Airways.

Vinci says Gatwick is the most efficient airport in the world and operates the busiest single runway, which in 2017 achieved a record 950 flights in one day.

Gatwick plans to serve growing demand by optimising its existing runway and boosting use of its standby one.

The deal follows Vinci's purchase this year of the airport management portfolio of Airports Worldwide, which allowed it to enter the United States and expand in Europe.

Notebaert said the deal would "not in the least" affect Vinci's interest in Paris airports operator ADP, which the government plans to privatise.

"For ADP, all depends on the terms the government will set in coming months. We have the financial and operational capacity," he said.

To counter signs of weakness in its construction business, the company has been expanding into faster growing and more profitable concessions such as airports and motorways.

(Reporting Gilles Guillaume in Paris and by Zuzanna Szymanska in Gdynia Writing by Geert De Clercq; Editing by Keith Weir and Mark Potter)