France wants FCA-Renault job guarantees and Nissan on board

By Sudip Kar-Gupta PARIS (Reuters) - France will seek protection of local jobs and other guarantees in exchange for supporting a merger between carmakers Renault and Fiat Chrysler, its finance minister said on Tuesday, underscoring the challenges facing the plan. 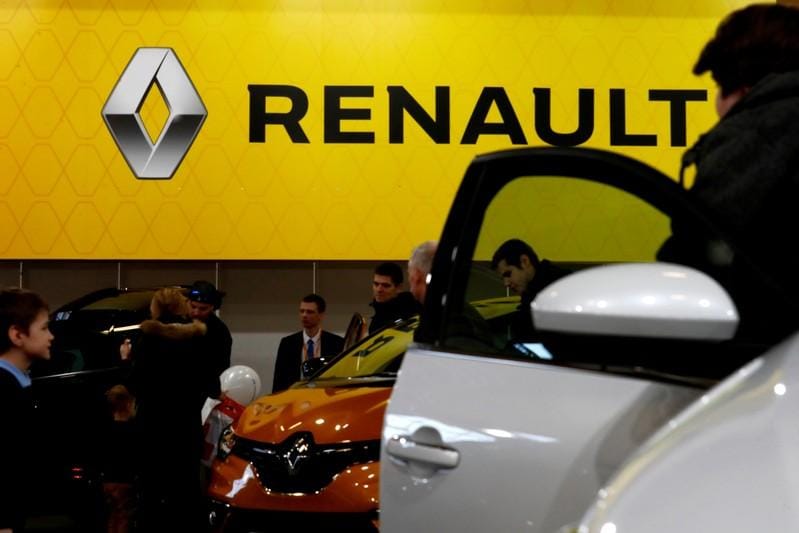 PARIS (Reuters) - France will seek protection of local jobs and other guarantees in exchange for supporting a merger between carmakers Renault and Fiat Chrysler, its finance minister said on Tuesday, underscoring the challenges facing the plan.

Renault Chairman Jean-Dominique Senard arrived in Japan to discuss the proposed tie-up with the French company's existing partner Nissan - another potential obstacle to the $35 billion-plus merger of equals.

Renault and Italian-American rival Fiat Chrysler Automobiles (FCA) are in talks to tackle the costs of far-reaching technological and regulatory changes by creating the world's third-biggest automaker.

Nissan found out about Renault's merger talks with Fiat Chrysler only days before they became public, four sources told Reuters, stoking fears at the Japanese carmaker that a deal could further weaken its position in a 20-year alliance with Renault.

A deal between Renault and FCA would create a player ranked behind only Japan's Toyota and Germany's Volkswagen and target 5 billion euros ($5.6 billion) a year in savings.

Some analysts, however, say the companies face a challenge to win over powerful stakeholders ranging from the French and Italian governments to trade unions and Nissan.

By valuing Renault at its market price, the all-share offer attributes a negative 6 billion euro value to Renault operations after deduction of its 43.4% stake in Nissan and 3.1% Daimler holding, Pelata told BFM radio.

"That's hardly reasonable," he said. "And I think that shareholders, including the French state, are bound to take issue with this sooner or later."

Pelata added: "FCA has big problem because they haven't invested for the future - they have no electric vehicle platform and they've done nothing in autonomous cars."

French finance minister Bruno Le Maire told RTL radio on Tuesday that the plan was a good opportunity for both Renault and the European car industry, which has been struggling for years with overcapacity and subdued demand.

Le Maire also said the French government would seek four guarantees in exchange for backing a deal that would reduce its 15% stake in Renault to 7.5% of the combined entity.

The minister added that France wants to be well represented on the board of the new company, for it to be a leader in developing electric batteries and for the deal to take place "within the framework of the alliance between Renault and Nissan".

A source familiar with the matter told Reuters on Monday that Renault and FCA had given commitments about maintaining industrial jobs and sites, leaving room for white-collar and engineering layoffs as well as some plant downsizing.

Le Maire said he had spoken to the Japanese about the proposed tie up. Asked how they had responded, he replied: "I look at the reaction of Nissan president Mr Saikawa, and it's a reaction that is open."

Nissan Chief Executive Hiroto Saikawa is likely to have first caught wind of the merger plan through his own chief operating officer, Yasuhiro Yamauchi, who also serves on Renault's board, a source said, speaking on condition of anonymity because of the sensitivity of the matter.

Analysts have said that Nissan, which has a 15% non-voting stake in Renault, might be reluctant to back an FCA-Renault tie-up that would probably use its technology less than the current Renault-Nissan alliance.

Saikawa told Japanese TV on Tuesday that Nissan is "open to constructive discussions".

The Renault-Nissan alliance has been under strain since the arrest and ousting of former chairman Carlos Ghosn late last year on charges of financial misconduct, with Nissan recently rebuffing a merger proposal from its partner.

Renault shares were up 1% by 1450 GMT, extending gains after Monday's 12% advance. Fiat shares slipped in Milan but the United States-listed stock jumped 7% after a public holiday on Monday.