By Nate Raymond BOSTON (Reuters) - A former executive at Insys Therapeutics Inc pleaded guilty on Wednesday to participating in a scheme to bribe doctors to prescribe the company's powerful opioid medication and entered into a deal to cooperate with prosecutors. 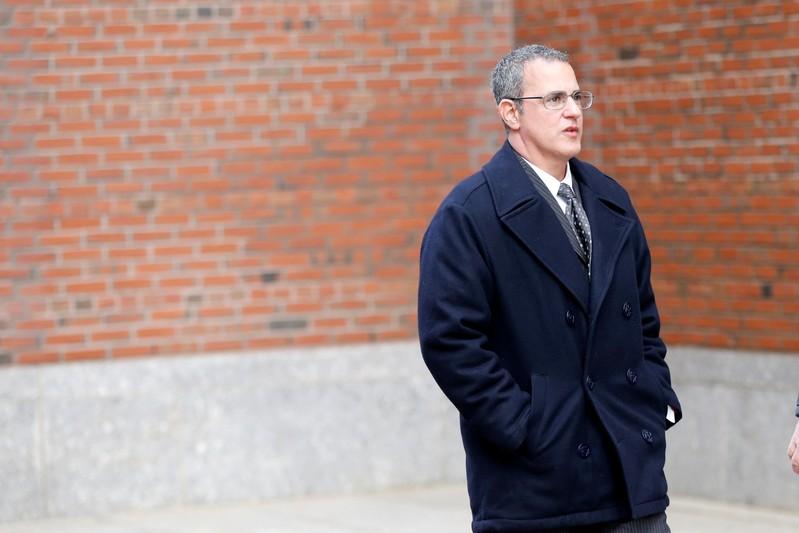 BOSTON (Reuters) - A former executive at Insys Therapeutics Inc pleaded guilty on Wednesday to participating in a scheme to bribe doctors to prescribe the company's powerful opioid medication and entered into a deal to cooperate with prosecutors.

Alec Burlakoff, who was the Arizona-based drugmaker's vice president of sales, pleaded guilty in federal court in Boston to racketeering conspiracy, becoming the highest-level executive to admit wrongdoing in the investigation of Insys.

By agreeing to cooperate, Burlakoff could become a key witness at the January trial of six former Insys executives and managers charged with engaging in the scheme, including the company's billionaire founder, John Kapoor.

Burlakoff, 44, faces up to 20 years in prison. But by agreeing to cooperate, the Florida resident could receive a more lenient sentence.

Kapoor and his co-defendants have pleaded not guilty. Kapoor's lawyer did not respond to requests for comment.

The case, brought in the midst of a national opioid addiction epidemic, centers on Subsys, Insys' under-the-tongue spray for managing pain in cancer patients. It contains fentanyl, an opioid 100 times stronger than morphine.

Prosecutors allege that from 2012 to 2015, Kapoor, former Chief Executive Michael Babich, Burlakoff and others conspired to bribe doctors to prescribe Subsys in order to boost sales and to defraud insurers into paying for it.

Assistant U.S. Attorney Fred Wyshak in court said Burlakoff, at the direction of Kapoor and Babich, used a speaker program ostensibly meant to educate medical professionals about Subsys as a vehicle to bribe doctors retained to act as speakers.

Wyshak said Insys' speaker events were poorly attended "shams" and that the program's real purpose was to provide a method of paying speaker fees to doctors to write prescriptions for Subsys, resulting in the opioid being over-prescribed.

"They rewarded prolific writers with more speaking opportunities and punished those who were not writing sufficient prescriptions by removing them from the speaking program," he said.

Wyshak said Burlakoff, who supervised Insys' sales staff, worked with others to bribe doctors in other ways, such as by employing their girlfriends or relatives.

Other defendants include Michael Gurry, Insys' former vice president of managed markets; Richard Simon, a former national director of sales; and Sunrise Lee and Joseph Rowan, both of whom were regional sales directors.

Insys in August announced it had agreed to pay at least $150 million as part of a settlement with the U.S. Justice Department that would resolve related claims.